Trulieve to Introduce Edibles in the Florida Market

Trulieve Cannabis Corp. (CSE: TRUL) (OTCQX: TCNNF), a leading and top-performing cannabis company in the United States, announced today that it will soon begin offering edible cannabis products to patients in Florida. Following finalized regulations from the Florida Department of Health for the sale of edible cannabis products and approval of its products, Trulieve will introduce edibles in its medical cannabis dispensaries across the state, expanding patient access to the types of products they have been requesting for years.

Trulieve has planned for the debut of edibles and, with the final guidelines in place from the Department of Health (DOH), once its products are approved by the DOH, will be able to introduce an exciting assortment of edible products.

In preparation for edibles rollout, Trulieve built out a 10,000 sq. ft. commercial-grade kitchen at its production facility in Quincy, FL, where Trulieve’s skilled production team will produce initial products as well as test and develop new offerings. In addition to its branded product line, Trulieve has partnered with specialty edible brand partners Binske, Bhang, District Edibles and Love’s Oven to expand its edible offerings to include cookies, brownies, and other products for Trulieve customers.

“Similar to what we saw when flower was introduced in 2019, we expect that edibles will contribute to a sizable share of overall sales,” said Kim Rivers, CEO of Trulieve. “We know the demand is there, as we have been hearing from our customers for some time now. To meet that pending demand, Trulieve was the first in the Florida market to introduce ingestible products. We started with capsules and extended to other forms, such as TruPowder in January, follow-on flavored options just this month, and TruTincture Drops, which are similar to lozenges. We are glad to finally be able to offer edibles as yet another option for medical cannabis patients across Florida.”

Rivers added, “We believe we are well-positioned to meet the expected market demand for edibles, and believe we are the only cannabis company in the state that can serve this variety across 56 stores with not only our own Trulieve branded edibles, but also robust product lines from partner brands.”

Trulieve continues to build on strong expansion and financial growth, recently reporting Q2 2020 revenue of $120.8M and opening its 57th dispensary this week in Florida to serve nearly 400,000 patients in the state. Deemed an essential business, the company has continued to operate throughout COVID-19 and expanded its employee base to meet increased demand.

Trulieve is a vertically integrated “seed-to-sale” company and is the first and largest fully licensed medical cannabis company in the State of Florida. Trulieve cultivates and produces all of its products in-house and distributes those products to Trulieve-branded stores (dispensaries) throughout the State of Florida, as well as directly to patients via home delivery. Trulieve also operates in California, Massachusetts and Connecticut. Trulieve is listed on the Canadian Securities Exchange under the symbol TRUL and trades on the OTCQX Best Market under the symbol TCNNF.

The Canadian Securities Exchange has not reviewed, approved or disapproved the ‎content of this news release.‎ 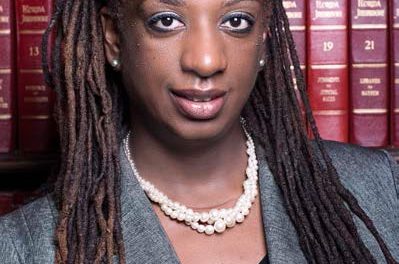