This information constitutes a “designated news release” for the purposes of the Company’s prospectus supplement dated May 2, 2022 to its short form base shelf prospectus dated May 7, 2021 and amended and restated on May 25, 2021.

“The first quarter of 2023 has been one of incredible progress for HEXO,” said Charlie Bowman, President and CEO of HEXO. “We’re now seeing the results of the strategic realignment we executed over the past two quarters and have successfully reset the Company for long-term success. Our laser focus on tackling the balance sheet, pulling back on those unprofitable products where our strengths in premium cultivation were not being leveraged and expanding further into opportunities where we know we can win, is paying off across the business.”

“Over the past six months, we’ve made favourable amendments to our debt structure and have paid off, in early December, more than $40 million of legacy debt. We’ve reduced our general and administrative and selling, marketing and promotion expenses by $18 million and have substantially lowered our overhead costs,” noted Julius Ivancsits, Chief Financial Officer of HEXO. “We’ve increased our gross profit before fair value adjustments by approximately $41 million over the previous quarter and have significantly decreased our inventory levels. We’ve also eliminated unprofitable sales, redeploying those resources into profitable business segments.”

“These actions have paved the way for profitable growth and we’re now building positions of strength in those areas where HEXO excels,” continued Mr. Bowman. “We’ve redesigned and upgraded our Masson grow facility, have signed new cultivation agreements, including the partnerships with Entourage and Tilray, and have announced the launch of a top shelf, premium brand, T 2.0, into the Canadian marketplace. Our Redecan brand achieved record sales in the quarter and we’ve since increased our output of Redees pre-rolls by more than 300% with no capital investment, enabling us to expand our portfolio to meet consumer demand across Canada for these products.”

General and Administration Expenses by Nature

Other income and losses

(in thousands of Canadian dollars)

(in thousands of Canadian dollars)

The Company’s ability to continue as a going concern is dependent upon its ability in the future to achieve profitable operations and, in the meantime, to obtain the necessary financing to meet its obligations and comply with the related covenants, and to repay its liabilities when they become due. External financing, predominantly by the issuance of equity to the public or debt, will be sought to finance the operations of the Company.

On October 31, 2022, the Company had cash and cash equivalents of $78.5 million ($83.2 million at July 31, 2022). Subsequent to Q1’23 on December 5, 2022, the Company’s 8% convertible debenture matured and a total of $40.7 million was repaid in respect of the outstanding principal and unpaid interest. Under the terms of the senior secured convertible note, the Company is subject to a minimum liquidity covenant of US$20 million.

Thus, there remains a risk that the Company’s cost saving initiatives may not yield sufficient operating cash flow to meet its financial covenant requirements, and as such, these circumstances create material uncertainties that lend substantial doubt as to the ability of the Company to meet its obligations as they come due and, accordingly, the appropriateness of the use of accounting principles applicable to a going concern.

About HEXO Corp.
HEXO is an award-winning licensed producer of innovative products for the global cannabis market. HEXO serves the Canadian recreational market with a brand portfolio including HEXO, Redecan, UP Cannabis, Original Stash, 48North, Trail Mix, Bake Sale and Latitude brands, and the medical market in Canada. With the completion of HEXO’s acquisitions of Redecan and 48North, HEXO is a leading cannabis products company in Canada by recreational market share. For more information, please visit hexocorp.com. 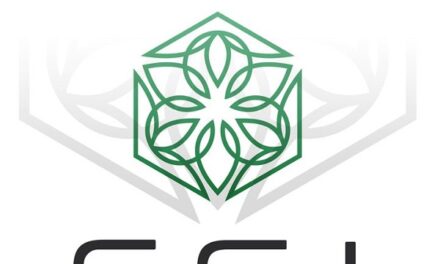