What’s Ahead for Cannabis Legislation in Florida?

By Daniel Casciato 2019 was a pretty big year for cannabis in the state of Florida. Smoking medical marijuana became law. A hemp program... 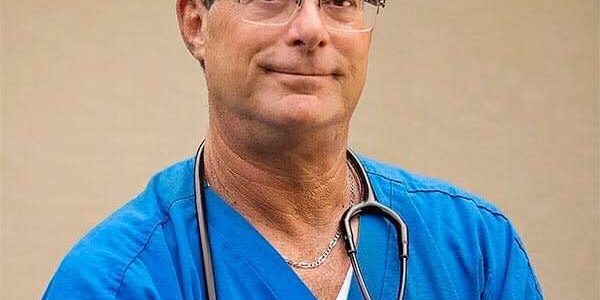 2019 was a pretty big year for cannabis in the state of Florida. Smoking medical marijuana became law. A hemp program was introduced. The state also hired a cannabis czar to oversee the cannabis program.

But what’s ahead? We chatted with one of the foremost experts in cannabis in Florida, Dr. Barry Gordon, president and Chief Medical Officer of Compassionate Cannabis Clinic, on his thoughts.

CNF: What do you see as the top legislative issues in the cannabis industry that should get more attention in the state?

Dr. Gordon: We all know that there are many issues to work on, however there are four “low hanging fruit” items of concern that CAN be addressed and SHOULD be accomplished in the 2021 Legislative session: The continuation of telehealth for recertification; state by state reciprocity; allowing for multiple caregivers in the appropriate setting; and the enhancement of veteran’s access. The reason I feel these particular four issues are achievable is because EVERY Legislator should be universal in the agreement that this is to the BENEFIT of the already existing patients in the program, and not any expansion of the program. Most other issues face continued opposition from those who wish to continue to impede the growth of the program. These issues affect those already being helped by Medical Cannabis.

CNF: The first of these is allowing Florida medical marijuana patients the ability to recertify with their current provider via telehealth. Due to COVID-19 an emergency order was issued allowing this on a temporary basis as it is specifically not allowed in the statute.

Dr. Gordon: This one is the simplest as we’ve already been doing it for the past six months. It’s tried and true. The patients love it. Masks aren’t going away for the immunocompromised, such as cancer patients. It’s better for them to be able to stay in their homes and achieve recertification from the safety and comfort of their home.

We’re not asking for anything new. This is the “lowest hanging fruit” of them all; a program that already exists, but can’t exist because of the wording of the statute stating that telehealth can’t be done for Medical Cannabis. That’s going to have to be changed at the legislative level. It should not be a Republican or a Democratic issue. It should be a green issue, as we say, and clearly to the safety and benefit of EVERY patient.

CNF: How about state reciprocity? Florida does not offer reciprocity, so those patients who move here with an out-of-state medical marijuana card cannot use them in Florida.

Dr. Gordon: If you’re in a program in a state up north and you’re successfully achieving positive results to your health by using medical cannabis, it’s immoral for any physician to make that patient go through unreliable and illegal sources for their medicine, i.e. the “black market”.

My opinion is that the patient still needs to go through a medical visit here in the state of Florida so that they learn the specifics of the Florida program, and become educated in the Endocannabinoid system. Sadly, this education is not always delivered from their prior provider, but anybody who qualifies for a medical marijuana card in their home state because of a medical condition should be allowed to access Florida’s program. Once again, it’s just the moral thing to do.

CNF: The third issue you mentioned is that a nursing care worker should be able to administer cannabis to patients within the nursing home environment.

Dr. Gordon: One of the subtleties of the program is that you’re only allowed to be a caregiver for one person. That makes it difficult for any type of nursing home facility to have a nurse who’s able to hand out five patches or even administer a tincture or cream in that type of atmosphere. This is an issue that helps very debilitated patients achieve positive and safe results in the nursing home setting or the assisted living setting. Once again, it’s an access issue for patients already being serviced by the program.

Dr. Gordon: It’s definitely a nonpartisan issue. This could be done through a free card for our veterans. I’ve also heard this idea floated out—let the veteran card be good for five years versus one year for the $75 fee.

CNF: Which of these issues could come to fruition soon?

Dr. Gordon: There are people who are laying the groundwork for all of these issues now and working with the committees to introduce the appropriate bills. We know that we’re going to have to get things going this fall. But if you asked me which one has the best chance of passing legislation first, the state reciprocity bill was discussed and presented last year, even though it went nowhere at the time. Hopefully, this year will be different. The telehealth issue is new, but once again should be something that can get done. All four are non-partisan issues and you are assisting patients who are already in a medical cannabis program to begin with.

CNF: Anything else to add?

Dr. Gordon: There are many issues we want to work on. The most obvious, which I consider as almost unbelievable, is adding more qualifying conditions. Last year, conditions as obvious as Sickle Cell Anemia and Opioid Use Disorder were unable to be even moved out of committee hearings. There are five conditions that do not qualify for medical marijuana in Florida that qualifies in many other states which I call the five A’s: Anxiety, Alzheimer’s, Autism, Arthritis, or any type or Autoimmune Disease except for Crohn’s.

I do not anticipate that we’re going to get these or any others out of committees this year. It doesn’t mean we’re not going to work to try and fight for them, and continue to educate these decision makers on the importance of the recognition of these and other conditions. Other critical concerns such as “a Home Grow provision,” appropriate job protections, and issues of social injustice/expungements will be a multi-year long effort. Of course this is just a portion of the list of things that need to be addressed. The most important thing is that everybody is pulling on the rope in the “tug of war” together: advocates, educators, boots-on-the-ground doctors, and MTC medical directors. Everybody needs to focus on the legislative session to see if we can keep things moving in the right direction.