Trulieve Cannabis Corp. (“Trulieve” or the “Company”) (CSE: TRUL) (OTCQX: TCNNF) today announced that it has received commitments for a private placement of 8%... 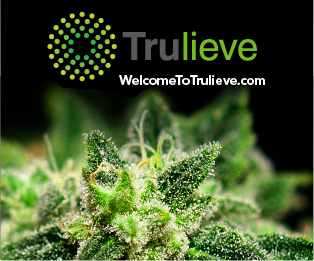 Trulieve Cannabis Corp. (“Trulieve” or the “Company”) (CSE: TRUL) (OTCQX: TCNNF) today announced that it has received commitments for a private placement of 8% Senior Secured Notes due 2026 (the “Notes”) for aggregate gross proceeds of US$350.0 million (the “Offering”). The Notes, which will be issued at 100% of face value, will be senior secured obligations of the Company and will rank pari passu with the senior secured outstanding notes of the Company maturing in 2024. The Notes will bear interest at a rate of 8% per annum, payable semi-annually in equal installments until the maturity date, unless earlier redeemed or repurchased. The Notes will mature on October 6, 2026, and may be redeemed in whole or in part, at any time from time to time, on or after the date that is two years following the issue date at the applicable redemption price set forth in the supplemental indenture to be entered into on closing of the Offering.

The Offering is being conducted on a “best-efforts” basis pursuant to the terms of an agency agreement, between the Company and Canaccord Genuity Corp., as sole agent and sole bookrunner, and is expected to close on October 6, 2021, subject to customary closing conditions, including approval of the Canadian Securities Exchange (the “CSE”). The Company has made the required filings to list the Notes to be issued pursuant to the Offering on the CSE following the expiry of the four-month Canadian statutory hold period.

“We are pleased to announce this debt financing, which we believe is the largest to date of any public U.S. cannabis operator,” stated Kim Rivers, Chief Executive Officer at Trulieve. “Our strong balance sheet and profitability allowed us to secure a cost of senior debt which we believe is the lowest for a public cannabis company to date. This financing will provide capital to retire a portion of Harvest’s debt when we complete our acquisition and will allow us to use our combined cash on hand to aggressively pursue strategic growth initiatives across key markets post-closing.”

The Company intends to use the net proceeds of the Offering to redeem certain outstanding indebtedness of Harvest Health & Recreation Inc. (“Harvest”) upon completion of the Company’s acquisition of Harvest, and for capital expenditures and other general corporate purposes.

The offering and sale of the Notes have not been and will not be registered under the Securities Act of 1933, as amended (the “Securities Act”), or the laws of any other jurisdiction, and the Notes are being offered only (1) to persons reasonably believed to be qualified institutional buyers (as defined in Rule 144A) or to accredited investors (as defined in Rule 501 of Regulation D) in reliance on exemptions from the registration requirements under the Securities Act pursuant to Rule 506(b) of Regulation D and/or pursuant to Section 4(a)(2) of the Securities Act and similar exemptions under applicable U.S. state securities laws and (2) outside the United States to certain non-U.S. persons in reliance on Regulation S under the Securities Act. This news release shall not constitute an offer to sell or the solicitation of an offer to buy, nor shall there be any sale of the Notes in any state or jurisdiction in which such offer, solicitation or sale would be unlawful.  The Notes will be offered for sale on a private placement basis in Canada pursuant to applicable exemptions from the prospectus requirements of Canadian securities laws.

Trulieve is primarily a vertically integrated “seed-to-sale” company in the U.S. and is the first and largest fully licensed medical cannabis company in the State of Florida. Trulieve cultivates and produces in-house and distributes those products to Trulieve-branded stores (dispensaries) throughout the State of Florida, as well as directly to patients via home delivery. Trulieve also holds licenses to operate in California, Massachusetts, Pennsylvania, Connecticut, and West Virginia and has received notice of intent to award a license in Georgia. Trulieve is listed on the Canadian Securities Exchange under the symbol TRUL and trades on the OTCQX market under the symbol TCNNF.