The Shady Legal Status of CBD in the Sunshine State

Cannabis68 doctor35 florida61 healthcarethc58 marijuana56
By Nichole Geary There has been a prevalent myth in the cannabidiol (“CBD”) industry that any product containing less than 0.3 percent tetrahydrocannabinol (“THC”)... 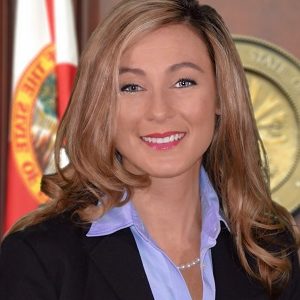 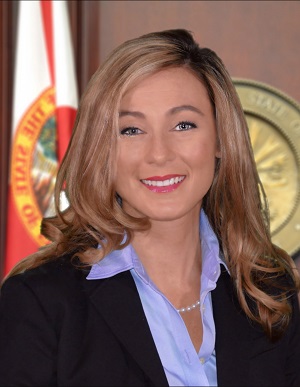 There has been a prevalent myth in the cannabidiol (“CBD”) industry that any product containing less than 0.3 percent tetrahydrocannabinol (“THC”) is legal. The truth is far more complex. Lax enforcement by state and federal regulatory agencies has allowed this myth to prosper and CBD products to proliferate. But, the recent raids of Natural Life(1), have raised questions as to the legality of CBD products.

A Complex Web of Regulatory Statutes
CBD products are regulated on both a federal and a state level. Not surprisingly, the state and federal laws conflict.

The Controlled Substances Act (“CSA”)(2) provides that CBD products, derived from marijuana, are illegal regardless of the level of THC(3). However, there is a carve out for products derived from the stalks and seeds of the plant(4). To complicate things, resin, even if extracted from the seed or stalk, is illegal. So, technically, CBD originating from the exempt areas is legal at the federal level. But, the Drug Enforcement Administration’s (“DEA”) position is that it is impossible to extract significant levels of CBD from the exempt areas(5).

I hear you in the back yelling, “what about the Farm Bill?”(6). The Farm Bill, contrary to popular belief, did not legalize all hemp products. The Bill legalized state industrial hemp programs, for research purposes. Permissible products derived from hemp are limited to those distributed for marketing research, not for the purpose of general commercial activity(7). In addition, the Farm Bill expired in September(8). Trust me, that hurt me as much as it hurt you; it was like exposing Santa.

Okay, if you have recovered from the Farm Bill discussion, let’s move on to Florida law. We will save the regulatory issues raised by the Food Drug and Cosmetic Act(9) and Epidiolex for another article. In Florida, the medical marijuana laws operate as a carve out from state criminal statutes, meaning any cannabis product produced or sold outside of the regulatory structure is a crime(10).

Medical marijuana includes low-THC cannabis (“LTC”). LTC is any product derived from any part of a cannabis plant that contains 0.8 percent or less THC, that is dispensed from a medical marijuana treatment facility (“MMTC”)(11).

Let’s unpack that. First, it is not the end product that defines LTC; it is the source product, which, technically, includes hemp. Second, LTC must be dispensed by an MMTC. Finally, the exemption for seeds and stalks does not exist in Florida(12). Which brings me to another painful revelation. A CBD product sold outside of the medical cannabis program may be illegal in Florida. I know; I know.

Fine. “What about hemp,” you ask? The Florida hemp program is in its infancy. Section 1004.4473, Florida Statutes, enacted in 2017, allows the University of Florida (“UF”) and the Florida Agricultural and Mechanical University (“FAMU”) to create industrial hemp research programs and tagged the Department of Agriculture and Consumer Services (“DACS”) with regulatory oversight. The statute prohibits the production of commercial hemp products until after two years of pilot program initiation(13). In April of 2018, DACS promulgated a rule to implement the pilot programs(14). Currently, both FAMU and UF are in the process of identifying contractors, and no Florida industrial hemp products exist.

Hope on the Horizon
Take heart. While Florida law remains unsettled, there have been some wins at the federal level. In May of 2018, based on a 2004 ruling by the Ninth Circuit, the DEA issued this internal guidance: “[t]he mere presence of cannabinoids is not itself dispositive as to whether a substance is within the scope of the CSA.”(15). In addition in September, a federal administrative judge overturned the U.S. Postal’s seizure of CBD products derived from Colorado’s industrial hemp program.(16)

So, is my CBD product legal you ask? It depends; the short answer is consult your attorney.

Nichole Geary is a government affairs consultant and attorney with Floridian Partners, LLC. and prior general counsel for the Florida Department of Health, the agency charged with oversight of Florida’s medical marijuana program.