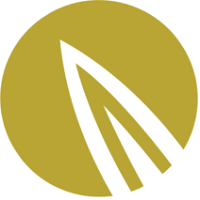 TORONTO, Aug. 23, 2018 — Scythian Biosciences Corp. (the “Company” or “Scythian”) (CSE:SCYB) (Frankfurt:9SB) (OTC – Nasdaq Intl: SCCYF) has announced that its strategic focus will shift towards the burgeoning U.S. medical cannabis marketplace. Medical cannabis is currently legal in 29 U.S. States, and several key reform bills are moving through the United States Congress, including the STATES ACT (which would remove cannabis from Schedule 1 of the Controlled Substances Act in states where it is legal), the HEMP Farming Act (which would remove CBD products from Schedule 1 of the Controlled Substances Act), and several key banking and tax reform bills.

“The United States represents the single biggest opportunity in the global medical cannabis marketplace, and Scythian is excited to shift its focus to becoming one of the leading operators in the space,” CEO Rob Reid stated.

This follows on from the recent announcement that it will take a controlling interest in 3 Boys Farms LLC, an established Florida medical cannabis company as well as a complementary Florida-based, multi-specialty primary care / health and wellness medical organization. With this combined acquisition and the key executives and personnel in both organizations who are experts in their field, Scythian is poised to become one of the leading medical cannabis companies but also one of the foremost health and wellness companies in the State.

“Florida has a population that is nearly as large as Canada and boasts the highest population over the age of 65 in North America, so to say that we are excited about executing upon our plan in Florida would be an understatement,” Rob Reid continued.

Scythian will build on this leadership position in Florida by investing in a portfolio of blue-chip cannabis companies operating across multiple legal states. The company will invest in some of the leading cultivation, distribution and retail operators in the country. Legal cannabis sales are expected to reach nearly $146 billion by 20251.

Scythian’s strategic investments and regional partnerships had previously been focused on South America and the Caribbean, in addition to its University of Miami research project. Moving forward, the company will now focus on building out its footprint across multiple U.S. states.

“We’ve had an opportunity to reevaluate strategy having exited our Latin American assets in one of the largest cannabis transactions this year,” stated Scythian CEO Rob Reid. “Our board kept getting drawn back to the U.S. because of the federal situation which we see as representing significant value compared to other developed markets. We are now ready to build on our Florida assets and start entering new legal states at pace.”

The Company intends to change its name to SOL Investments Corp. subject to shareholder approval at its upcoming special meeting of shareholders scheduled for September 14, 2018.

Scythian is an international cannabis company with a focus on legal U.S. states. Its strategic investments and partnerships across cultivation, distribution and retail complement the company’s R&D program with the University of Miami. It is this comprehensive approach that is positioning Scythian as a future frontrunner in the United State’s medical cannabis industry.