July 5, 2022 –Planet 13 Holdings Inc. (CSE:PLTH)(OTCQX:PLNHF) (“Planet 13” or the “Company“),a leading vertically-integrated multi-state cannabis company, announced it has finalized the purchase of a 23-acre parcel, with a 10,500 square foot building currently located thereon, for its planned cultivation and processing expansion in Florida, for a purchase price of USD $3,300,000.00.

“We are pleased to have closed on a land purchase near Ocala, Florida, where we previously were leasing our initial 10,500 square foot cultivation and production facility which was approved by the Florida Office of Medical Marijuana Use. We’ve strategically staged building materials on site over the past 3 months to build a world-class cultivation facility on an expedited timeline, with a full campus project planned for future phases,” said Larry Scheffler, Co-CEO of Planet 13. “Our real estate and construction team have done a fantastic job of keeping our construction on time and budget in a difficult building environment. We look forward to bringing our incredibly popular brands to patients across Florida.”

Planet 13 (www.planet13holdings.com) is a vertically integrated cannabis company, with award-winning cultivation, production and dispensary operations in Las Vegas and in Orange County, California. Planet 13 also holds a medical marijuana treatment center license in Florida and a 49% interest in Planet 13 Illinois which won a lottery for a Social-Equity Justice Involved dispensing license in the Chicago-region of Illinois. Planet 13’s mission is to build a recognizable global brand known for world-class dispensary operations and a creator of innovative cannabis products. Planet 13’s shares trade on the Canadian Securities Exchange (CSE) under the symbol PLTH and OTCQX under the symbol PLNHF. 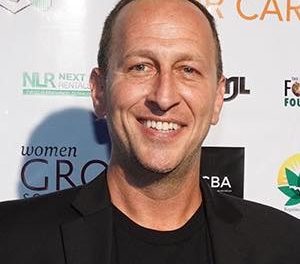