Paying Employees in the Cannabis Industry

By Romeo Chicco, CPA Paying employees who work for a cannabis employer should be no different than any other employer, with one exception. One... 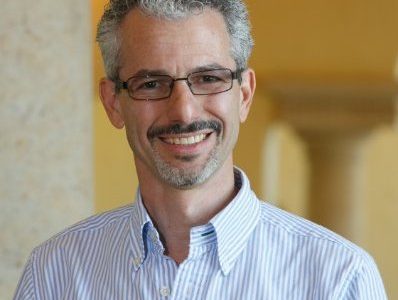 Paying employees who work for a cannabis employer should be no different than any other employer, with one exception. One BIG exception. Marijuana is still a Schedule I drug, on par with heroin and LSD and a violation of the federal Controlled Substances Act (CSA), making many companies nervous about doing business with this industry. This includes banks, insurance companies and payroll processing services such as ADP, Paylocity, and Paychex.

A total of 33 states now allow marijuana use, whether it is for medical use like Florida or fully legal like California. This is a rapid change from just a few years ago when it was only legal for medical use in 17 states and illegal for recreational use across the country, which has led to conflicts between state and federal laws, hence the nervousness.

The lack of access to something most of us take for granted, such as banking, can be a real challenge. Many cannabis-related businesses must operate on a cash-only basis as a result, which can lead to theft, loss due to mishandling and, not to mention, making the payroll process a challenge. The IRS and U.S. Treasury still want their payroll tax dollars on the wages paid, and for many, the use of a bank and a payroll service is almost a must.

On March 7, 2019, a bill was introduced to the U.S. House of Representatives titled, “Secure and Fair Enforcement Act” or “SAFE Banking Act,” for short. The bill just recently passed the House on September 25, 2019 and is now off to the Senate, although it has been said to have a very low probability of passing there. Should the Act become law, then it would protect banks from federal punishment by blocking federal agencies from being able to “prohibit, penalize, or otherwise discourage a depository institution from providing financial services to a cannabis-related legitimate business or service provider or to a State or political subdivision of a State that exercises jurisdiction over cannabis-related legitimate businesses.”

Until then, there are a number of banks that will do business with a cannabis employer. In fact, according to the U.S. Treasury Financial Crimes Enforcement Network (FinCEN), there were actually 553 banks and 162 credit unions providing banking services to the marijuana-related businesses through June 2019. These institutions’ fear of federal repercussions seem overblown, since not a single bank has ever been prosecuted for doing business with a cannabis based business and is evidenced by this growing list of banks.

As for payroll services, the number of providers is much less, with barely a few in each state. Reason being is that the payroll service needs to operate through a cannabis-friendly bank, which is not the case with most payroll services. They do exist, and it should be considered a critical business function to secure a bank and a payroll service. The IRS states 40% of small businesses pay an average penalty of $845 per year for late or incorrect filings and payments, and this can exponentially increase for a business that is cash-based or trying to do everything manually. The penalties may also lead to audits, which is a situation that no business wants or needs, and if there is anything that will shut a business down, it is unpaid taxes and penalties to the IRS.