By Daniel Casciato Cannabis has always been in Brady Cobb’s blood.  From 1977 to 1983, his father, Bill Cobb imported about $200 million worth... 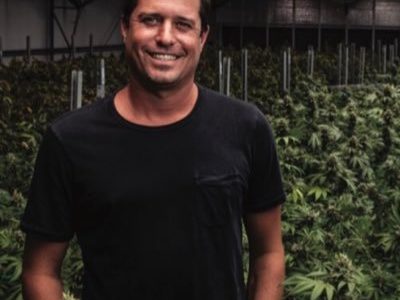 Cannabis has always been in Brady Cobb’s blood.

From 1977 to 1983, his father, Bill Cobb imported about $200 million worth of marijuana into the United States for Colombia’s Medellin cartel. This led to a sentence of 20 years in prison. Ironically, cannabis also provided his father with relief from his battle with bone cancer which ultimately ended his life in 2010.

“My dad did it his way by violating the law and I have been active working to change the law,” says Brady, a Fort Lauderdale-based lawyer, lobbyist, and the CEO of One Plant Florida (formerly 3 Boys Farm, LLC, a vertically integrated and licensed, cultivator, processor, and dispenser of high quality medical cannabis. “I’m in this industry because I believe in it and want to change people’s lives for the better.”

Brady also had his own relationship with cannabis for a long time.

“It provided me with stress relief along with a sense of calm,” he says. “It also helped foster my creativity. “Anyone who knows me, knows that I think outside of the box. I’m a bit of a disruptor and when people are going left, I turn right. It’s certainly helped me in that journey.”

Today, the younger Cobb is helping to shape legislation at the U.S. federal level, including the 2018 Farm Bill that declassified hemp as a controlled substance. He was also instrumental in the 2016 medical cannabis constitutional amendment process and statutory implementation via the 2017 legislative session in Florida.

“I had opportunities to participate in the cannabis industry in other states, but I didn’t want to,” he says. “I wanted to make it happen here in Florida.”

Today, One Plant, is focused primarily on premium cannabis flower. Its primary cultivation facility is in Ruskin, Florida, with a 33-acre one currently being built in Indiantown, Florida. It’s expected to be completed and cultivation will be initiated by mid-January.

“It will feature a state-of-the-art 54,000 square foot greenhouse as well as 64,000 square feet of an indoor grow, manufacturing facility which will include a kitchen and lab,” Cobb says.

The company’s focus is simple—to provide the best possible quality product to its customers.

“We assembled a cultivation team that we couldn’t be more proud of including Chris Keller, who is a craft cultivator out of Denver, and Mike Nee, an acclaimed cultivator in the cannabis world,” says Cobb.

Cobb explains that it has taken a slow and measured approach to its rollout in Florida as opposed to the competition.

“We have focused on having the best possible quality flower,” he says. “That leads to the best extracts which leads to the best products. While we’ve focused on our core ingredients, our competitors are running around trying to open as many doors as they could. The only way to succeed in this industry is focus on product quality which is what we have done. We took the time to build this out, upgrading our cultivation, and now opening dispensaries.”

One Plant’s first store opened in November. It launched its first premium strain at the same time, MAC1, a strong Indica dominant hybrid with notes of sweet dough, cream, skunk and hashy kush.

“The patient response has been tremendous,” says Cobb. “Our mission statement is very simple—to introduce cannabis into people’s lives and make their lives better for it.”

The other key element of One Plant’s current cultivation facility in Ruskin is that it employs organic methods of cultivation, including hand watering and for high quality flower-hand trimming.

“We’re not looking to be the biggest cannabis company,” adds Cobb. “We want to provide the best patient experience while offering patients the highest quality and most reliable product that they know has been crafted and made with a lot of care from professionals who have been in this industry for a long time.”

Another distinct advantage the company has is its proprietary home delivery model, a segment of the market that most of the larger competitors were not focused on in any real way. It offers the patients privacy, convenience and greater access to cannabis products without the trouble of driving to a dispensary (especially for those battling serious illnesses).

“We rolled out a full statewide home delivery system, competing against companies with 8 to 9 stores and we are still outselling them with our cannabis flower that has a delivery band of one store. We have proven that the Amazon effect also applies to cannabis.”

Outreach has been a critical component to its success and growth. Cobb credits its robust focus on outreach to Andrew Felix, the company’s director of outreach, and Dr. Matt Ferenc, its medical director and one of the lead ER physicians at Broward General.

“We have a dedicated approach to not only educating patients and providing access to patients, but also educating physicians and having people such as Andrew and Matt, who speak that language, who can educate them on the benefits of cannabis,” Cobb says.

He adds that they have to spend a lot of time with physicians because there is no clear dosing rules, testing, or clinical research data to be able to understand what strain or phenotype is good for what condition. Since it’s been federally illegal, there’s not a large body of data.

“We have to work with physicians and members of the community to let them know that cannabis is a safe plant-based alternative for pain relief or to fight inflammation or PTSD. It has a myriad of potential uses and we have to work with people to figure out how to best serve them. If I can keep one person off of opioids, it’s a win.”