Holly Bell, Director of Cannabis for the Florida Department of Agriculture and Consumer Services, drove into work several weeks ago and realized that she... 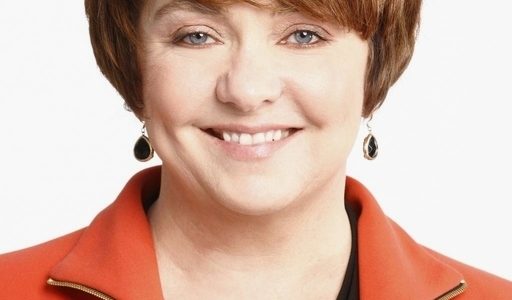 Holly Bell, Director of Cannabis for the Florida Department of Agriculture and Consumer Services, drove into work several weeks ago and realized that she was singing to herself. That astounded her.

“I thought to myself, wow, I’m happy,” she says. “I didn’t do anything like that in my last few jobs. I really enjoy coming in, working with the people I work and interact with everyday.”

For Bell, this position is about helping to change lives.

“I field so many calls about people who need help and are looking for someone in Tallahassee that can help them change their lives, help them on their farms, or help in so many other ways. That’s what I enjoy. I’m a person who likes to help others and I love to sit back and watch them flourish as you give them a little help.”

Florida Agriculture Commissioner Nikki Fried appointed Bell, 57, to the newly-created position of director of cannabis. Bell’s office is responsible for expanding patient access to medical marijuana across the state.

Bell was previously a Nashville-based business consultant for the hemp and cannabis industry. She met the commissioner through some of her consulting work in the past. When she learned that Fried was running, she wanted to help on a grassroots level.

“I’m in the latter part of my career,” says Bell. “The older you get, the more you really want to think about what matters in life and you want to do something you enjoy and feel passionate about. I listened a lot to what the commissioner was saying at the time, read her articles and watched her videos. I felt inspired. There’s a handful of people I can recall in my life that I listened to and thought I like what you say and I will follow you wherever you go.”

When Fried won, Bell was ecstatic. She asked how she could help and Fried said she should apply for the director of cannabis position.

“My number one priority is to be here to support the commissioner and implement the vision she has and that she ran on during her campaign,” says Bell.

One of those visions is to try to get hemp legislation done, according to Bell. Last year’s Farm Bill legalized regulated hemp production.

“We have two bills pending in the House and Senate,” she says. “After the bills are passed, my goal is to get an infrastructure in place to help build a hemp industry in the state of Florida to benefit farmers, workers, processors, manufacturers, and retailers. This is a very large group of people who can benefit from this program and it can be a huge economic impact in the state.”

Once the hemp program is started in Florida, Bell says it will begin to benefit farmers with an alternative crop and allow the state to re-deploy some factories and hire manufacturing processing workers.

“This will allow them to add some end products into retail stores—all grown, processed, manufactured, sold here in Florida or exported to other areas,” she says.

Another priority for Bell is to help the State Department of Health finalize regulations pertaining to the edible cannabis products portion of the cannabis state law.

Bell says that there is a lot of work to be done.

“Anytime you start something from new and you’re creating something that never existed before, it can be an overwhelming task,” says Bell. “You have to step back, see the clear big picture, understand the vision of where you want to go and then methodically start to build out a way to get there, like a road map. We want to be able to look back 3, 5 or 10 years from now and see an economic impact we made around the state.”

Someday, Bell hopes that cannabis will be rescheduled at the federal level.

“Only then, can we actually research it and study it,” she says. “That would be fabulous if that would occur. I would also love for advocates for and against to come to the table and talk, and come to a consensus where cannabis can be used for those who can benefit from it. That would be wonderful.”

For any physician who is contemplating recommending cannabis for their patients, Bell says to look at it from a scientific mind and truly be open to the research outside the United States.

“Also, be willing to engage with others about their experience,” she says.

Bell can speak from experience. Her older sister who is an anesthesiologist was opposed to medical marijuana for years.

“Doctors are strictly trained,” says Bell. “It was the biggest hurdle I had to get over to convince her that medical marijuana can be good for patients. For years we had been debating and talking about this. We grew up with the war on drugs and a lot of fear mongering. I have always been that person if someone tries to persuade me with emotion or fear, I step back and listen, but I also want to know some facts. I need some data to back that up and some science.”

The biggest misconception on cannabis is the fear mongering that has gone on for over 70 years, notes Bell.

“That fear is not based on science,” she says. “If you’re hesitant, conduct research that has some facts and science behind it. And then make a decision on cannabis after you do that.”

Bell recommends watching The Scientist, a documentary about Dr. Raphael Mechoulam from Israel. He managed to isolate and identify the chemical compounds of the cannabis plant. The Scientist offers a riveting account of this breakthrough discovery.

“After watching that documentary, it led me to do other research, read other books, and get out and interact with advocates,” she says. “I also went to visit a dispensary. I did my own research and did my own due diligence. I started to form my own opinions about the industry and cannabis that was not based on what I was taught. That’s what I challenged my sister with. She recently came around and gets it now.”

As Bell delves deeper into the new position this year, she says hopes she can bring Fried’s vision to life.

“I love seeing something come to life and people around me engaging in it,” she says. “That’s why I am having so much fun here so far. We’re educating people and helping them along the way. I talk to many patients whose lives were changed by cannabis. I attend conferences and people tell me their stories and there’s always one that will get me teary-eyed. That means something in life when you get to be my age.”