By Vanessa Orr With the legalization of medical marijuana in a number of states including Florida, cannabis’ effectiveness in treating everything from PTSD to... 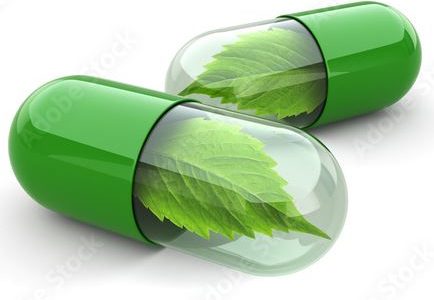 With the legalization of medical marijuana in a number of states including Florida, cannabis’ effectiveness in treating everything from PTSD to epilepsy has gained attention, not just in the medical community, but from patients hoping that it can be used to treat other conditions, including cancer. And while it has been effective in treating some side effects from cancer treatment, such as nausea and vomiting, as well as for providing pain relief, helping to stimulate appetite and curb anxiety, there is still much more research to be done to determine if the drug can work on defeating the disease itself.

To date, the U.S. Food and Drug Administration (FDA) has not approved cannabis or cannabinoids for use as a cancer treatment; however, it has approved two cannabinoids, dronabinol and nabilone, for the treatment of nausea and vomiting caused by chemotherapy in patients who have not responded to antiemetic therapy.

Despite the fact that the FDA has not approved any medical cannabis cancer treatment, that has not stopped fraudulent claims online from companies claiming that their products shrink malignant tumors, treat all forms of cancer, or are more effective than chemotherapy. Not only are these claims illegal, but they may also prevent patients from receiving the proper treatment for their disease.

According to Jason Humbert, a regulatory operations officer in the FDA’s Office of Regulatory Affairs, if a product is marketed as a natural cure for cancer or a natural treatment for cancer on a website or in social media, unless it has been evaluated by the FDA, there’s no reason to believe that it is safe or effective for that use. These products might even endanger user’s health, or interact with other medications they are taking.

While there have been some early clinical trials of cannabinoids in treating cancer in humans, and more studies are planned, the American Cancer Society reports that while the studies so far have shown that cannabinoids can be safe in treating cancer, they do not show that they help control or cure the disease. However, scientists have reported that THC and other cannabinoids such as CBD slow growth and/or cause death in certain types of cancer cells growing in lab dishes, and some animal studies also suggest certain cannabinoids may slow growth and reduce spread of some forms of cancer.

Following promising results from a Phase 1 study in 27 patients, a Phase II trial, led by the University of Leeds in the United Kingdom, will assess whether adding Sativex—an oral spray containing cannabinoids THC and CBD—to chemotherapy, could extend life for thousands diagnosed with recurrent glioblastoma (GBM). The disease currently has an average survival of less than 10 months.

According to Professor Susan Short, the principal investigator on the new trial and professor of clinical oncology and neuro-oncology at Leeds, glioblastoma brain tumors have been shown to have receptors to cannabinoids on their cell surfaces. Laboratory studies on glioblastoma cells have shown that these drugs may slow tumor growth and work well when used with temozolomide chemotherapy.

The three-year Phase II trial (ARISTOCRAT) will recruit more than 230 patients beginning in early 2022, once enough money is raised by the Brain Tumour Charity, which is funding the study. It is hoped that in this randomized trial, a cannabinoid combination added to temozolomide chemotherapy can help glioblastoma patients live longer.

While this study may provide hope to those suffering from glioblastoma, it is important to note that researchers caution against the use of off-label nabiximols or other cannabinoid products in patients with GBM—or any cancers—until sufficient high-quality evidence supports their use.