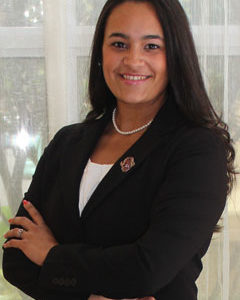 With Florida lifting the ban on smokable medical marijuana, the nursing school’s Denise Vidot answers questions about the drug and what it’s used for.

Smokable medical marijuana in Florida has gotten the green light.

In an overwhelming vote of 101-11, the Florida House last Wednesday repealed the state’s ban on smoking medical pot, bowing to a demand from Republican Gov. Ron DeSantis that lawmakers do so by March 15. The Senate passed the bill (SB 182) a week earlier.

The bill allows patients to purchase up to 2.5 ounces of marijuana for smoking every 35 days. It bans the smoking of medical marijuana in public places and requires patients under 18 to have a terminal condition and get a second opinion from a pediatrician before receiving the drug.

“I thank the Florida Legislature for taking action on medical marijuana and upholding the will of the voters,” DeSantis posted.

In 2016, about 71 percent of voting Floridians approved a constitutional amendment to legalize medical marijuana. But the bill, which was signed into law by then-Gov. Rick Scott, legalized access to medical marijuana in pill, oil, edible, and vape form only. Smoking the drug was still illegal.

At a press conference held in Winter Park, Florida, earlier this year, DeSantis asked the legislature to repeal the smoking ban by March 15 or he would do so through the courts.

In a prepared statement, Florida Agriculture Commissioner Nikki Fried applauded the passage of the bill, which now heads to the governor’s desk. “Today’s action to finally allow smokable medical marijuana brings four words to the lips of people across our state: It’s about damn time. I’m thankful for the House and Senate’s work to fix this situation and look forward to the governor signing this much-needed legislation into law. It’s long past due that the state of Florida honored the will of the people and allowed doctors to determine their patient’s course of treatment.”

Medical marijuana is legal in 33 states. But how much does the average person know about marijuana as medicine? How does it work, and which conditions can it treat?

Denise C. Vidot, an assistant professor in the University of Miami’s School of Nursing and Health Studies, who is conducting extensive research on the use of medical marijuana to manage HIV comorbidities in the context of cardiovascular disease risk, sheds more light on the issue of medical pot in this News@theU exclusive.

What research have you conducted on medical marijuana?

What is the difference between medical marijuana and recreational marijuana?

What is medical marijuana used for and how does it work?

Medical marijuana works via cannabinoids (CBD and THC), engaging with the patient’s endocannabinoid system. The body naturally produces cannabinoids; and the endocannabinoid system has been documented to play a role in regulating common processes such as appetite and pain. There are two main cannabinoid receptors found in the body, CB1 and CB2 receptors, to which cannabinoids in marijuana attach and activate. CB1 receptors are found throughout the body (i.e., brain and nervous system). THC typically binds with CB1 receptors, which can be associated with the psychoactive and mental health effects. CBD typically binds to CB2 receptors found in the immune system, which can be associated with reduced inflammatory effects.

How much evidence exists on the benefits of medical marijuana?

Evidence on the benefits of medical marijuana is growing. This is particularly true in oncology, and other fields that include medical marijuana qualifying conditions identified in the states that have legalized its medical use.

Do you see yourself perhaps expanding your academic research in the area of medical marijuana now that it is legal in over 30 states?

Certainly. I am already examining differences in the health impact of marijuana use by route of administration, including various ways to smoke marijuana. Now that Florida has repealed the state ban on smokable medical marijuana, it is even more important to make evidence-based decisions on patient care when deciding on the route of administration.

We’ve heard a lot about the benefits of medical marijuana. But what are the side effects?

There are patients who report side effects after using marijuana. Effects vary as a function of CBD and THC ratio, non-active ingredients, and route of administration. Furthermore, there are limited prospective studies examining the long-term impact of medical marijuana on health outcomes.

What impact do you see medical marijuana having on health care, and could it help solve the opioid crisis?

As marijuana becomes part of the clinician’s “toolbox” to provide care for patients, I believe health care professionals will become more engaged in the marijuana research community. In Florida, medical marijuana has begun to make an impact on pain management. Preliminary results from a Provost Research Award pilot study I conducted found that the majority of patients who use medical marijuana do so to manage pain and/or anxiety. In the context of the opioid epidemic in the U.S., studies have suggested that medical marijuana may be an alternative to prescribing opioids.