Cannabis68 clinic26 doctor35 florida61 healthcarethc58 marijuana56
By Lois Thomson Irvin Rosenfeld’s story is amazing, and he has told it thousands of times because he believes it’s that important. Rosenfeld has... 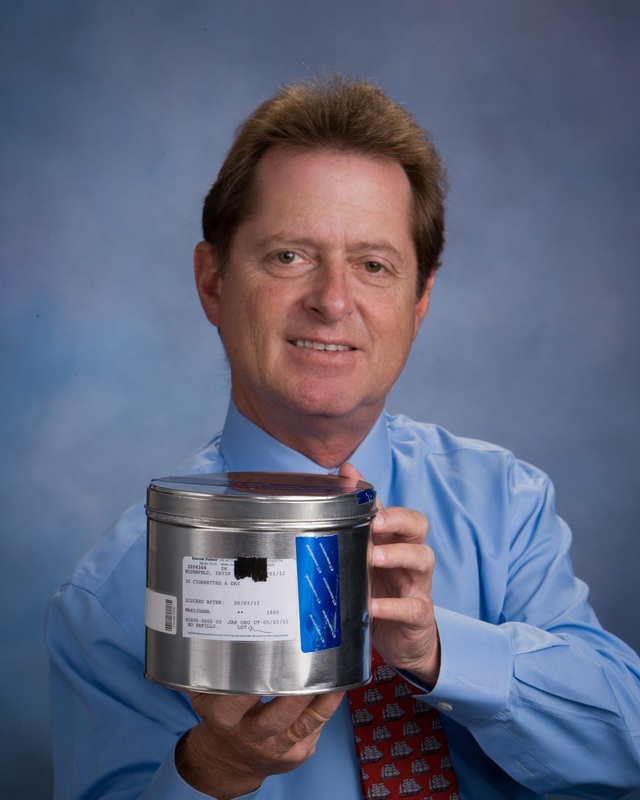 Irvin Rosenfeld’s story is amazing, and he has told it thousands of times because he believes it’s that important. Rosenfeld has been receiving half a pound of marijuana from the federal government every month since 1982, and says he wouldn’t be alive without it.

Back in 1963, at age 10, Rosenfeld was diagnosed with a bone disorder called multiple hereditary exostoses, in which tumors grow outwardly from the long bones of the body. He has had more than 200 tumors, growing into and stretching the muscles and the veins, causing extreme pain. In fact, the condition is so painful that since the age of 10, Rosenfeld has had multiple operations and had been taking a variety of narcotics and drugs to try to alleviate the pain, and assist with sleeping, muscle tension, etc.

Because of the medications he was taking, he was a strong advocate in high school against illegal drugs. “This was the late ’60s and marijuana was becoming prevalent at that time; but I couldn’t understand why a healthy person would use illegal drugs. I would speak at assemblies where I would hold up my baggie with my prescriptions and say, ‘Look at all the prescriptions I have to take. Be thankful you’re healthy, don’t do illegal drugs.”

However, that changed when Rosenfeld went to college in Miami. When he realized he wasn’t making any friends because he didn’t smoke marijuana, he said, “It didn’t seem to be harming them, so I gave into peer pressure and I tried it.” At first nothing happened, good or bad, but he was accepted. Then after using it several times, he was playing chess one time, and when he stood up after the game was over, “It dawned on me I had been sitting for 30 minutes. For the past five years, I could only sit for 10 minutes then stand for 10 minutes, because I had to stretch the muscles going over the tumors in my legs. I realized I hadn’t taken a pill in six hours. Just then someone handed me a joint. I looked at it and thought, ‘This is the only thing I’ve done differently.'”

He conducted some experiments on his own, recalling, “I would use it for three weeks and get miraculously better. My intake of narcotics decreased by 50 percent or 60 percent and the tumors had stopped growing. But I didn’t want to believe that it was the illegal medicine, so I stopped using it, and I went downhill. So I went back to the narcotics for a week, then went back on the marijuana. I did that three times until I was convinced that it was the illegal drugs that were working best for me.”

The problem was that at this point Rosenfeld had to buy the marijuana on his own, but his friends were getting busted, and he figured it was a matter of time before he was, too. “But I wasn’t a criminal, I was a patient. My doctor could give me morphine, but he couldn’t give me marijuana? That didn’t make sense to me.”

So at the age of 19, he decided to take on the federal government. He wrote up his own scientific project and had his doctor sign off on it. He collaborated with Bob Randall, the first person who was apprehended in D.C. for growing marijuana for his glaucoma. Randall went to court on a medical necessity defense, and won, and got the government to supply him with his marijuana.

The FDA finally agreed to hold a hearing for Rosenfeld, after which he heard them say that his presentation was very eloquent and very convincing, and he would become the second person in the United States to receive medical cannabis from the federal government. “I was stunned; it took me 10 years but I won, and a month-and-a-half later I got my first tin can (of marijuana).”

His prescription calls for 10 joints a day, and he hasn’t had a tumor since age 20-1/2. He is now 65 and a stockbroker, and said he doesn’t have any side effects. Since first receiving his supply, he has been on a mission to teach the world about the benefits of medical cannabis. “If I can make something good come out of something bad (his bone disorder), then that’s what it’s all about. To this day I still educate. I’ve helped millions of people worldwide understand the medical benefits of cannabis, and it makes me feel better.”

For more information, call (954) 689-6874. In addition, Irvin Rosenfeld has written a book titled, “My Medicine – How I Convinced the U.S. Government To Supply My Marijuana and Helped Launch a National Movement,” available on Kindle, and the trailer and signed copies available at www.mymedicinethebook.com; or visit www.mymedicineconsulting.com.