How Hemp Is Now Taking Root in the Cannabis Industry

A discussion with cannabis advocate Bruce Linton By Daniel Casciato For Bruce Linton, founder and former chief executive officer of one the largest cannabis... 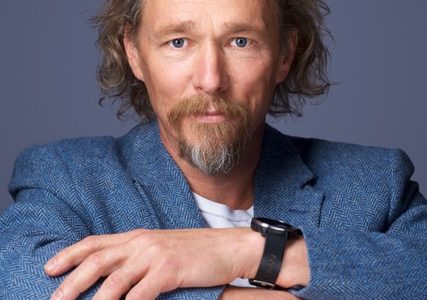 For Bruce Linton, founder and former chief executive officer of one the largest cannabis companies in the world, Canopy Growth Corp, Florida has emerged as an interesting market for the cannabis industry in the East Coast because of its head start.

“Things are definitely accelerating there,” he says. “What’s interesting to me is that it’s become an East Coast phenomenon. On the West Coast, they’ve pretty much had cannabis everywhere all the time for about 30 to 40 years. Five years ago, you couldn’t find cannabis anywhere on the East Coast. Today, in Florida especially, not only do they have it, but you can ask questions such as: Where did you get it? What strains do you have? Access is the hallmark of success which Florida has right now.”

After leaving Canopy Growth, Linton started Collective Growth in 2020. He founded it as an SPAC, or special purpose acquisition company. This essentially means it’s a listing on the NASDAQ and Linton, who currently serves as the chairman and CEO, has $150 million in the bank which he needs to figure where to invest in.

Hemp has his attention at the moment.

“We started with a focus on putting together a combination of assets that currently use hemp,” he says.

However, after looking at about 170 companies, Linton found it was going to be more difficult and take a little longer than he originally thought. So he did a transaction with a driverless car company that created a technology that fits in driverless cars.

“You may wonder how does hemp and this technology relate? Well, they don’t really—but they kind of do,” he says. “Their technology is the incumbent technology in BMW. BMW’s new cars should come out in the upcoming year. But the BMW i7 electric car, currently made in Germany, utilizes industrial hemp based bio-composites. 21% of the car is made of hemp.”

By lowering the weight of the BMW i7, engineers have increased the distance that the electric car can travel. Hemp fibers can be used as a reinforcement in bio-composites. It can form a superior composite that can hold any shape and a resulting material that is 2-3 times stronger than steel.

“We did a very smart transaction with a very high tech company, and I hope to be back on the field with another run at a way to turn hemp into the most disruptive agricultural crop in America over the next 24 months,” says Linton. “And by disruptive, I mean to protein, pharma, and industrial applications.”

Linton believes that hemp can become a viable source of revenue for farmers in the United States. If the plant is able to be cultivated and processed correctly, every part of it can be used. This opens up more revenue streams.

Besides the potential of hemp, there are a few other things that excite Linton about the cannabis industry.

“Globally, governments are increasingly not ignoring cannabis, which means that scientists, entrepreneurs, general voters, and consumers all have access to it and they all want to do different things,” he says. “Like scientists, we talk about cannabis, but cannabis is a plant. And inside that plant there are at least a hundred components, but we usually only talk about CBD and THC. That means there are 98 things in there that we don’t know enough about. What excites me is trying to have the opportunity for everybody to unlock the potential of all of the components of the plant.”

For Linton, that means a lifetime of work for many people because the human body’s endocannabinoid system interacts with those components.

“But we don’t know which ones go where and in what quantities to cause what,” he says. “And so access leads to science, science leads to outcome. The number of outcomes that could be derived are exponential compared to the ones that we know of already.”

Finally, it’s the consumers themselves that excite Linton. In places like Florida, he says that there are more discerning, knowledgeable, and informed consumers.

“As a result, over the next two or three years, things will get more interesting because people are not just asking if they have any cannabis, but in what format, what function, what dosage,” he says. “There’s now a solid base of access and you will soon see a massive acceleration and really sophisticated consumption of knowledge and format.”