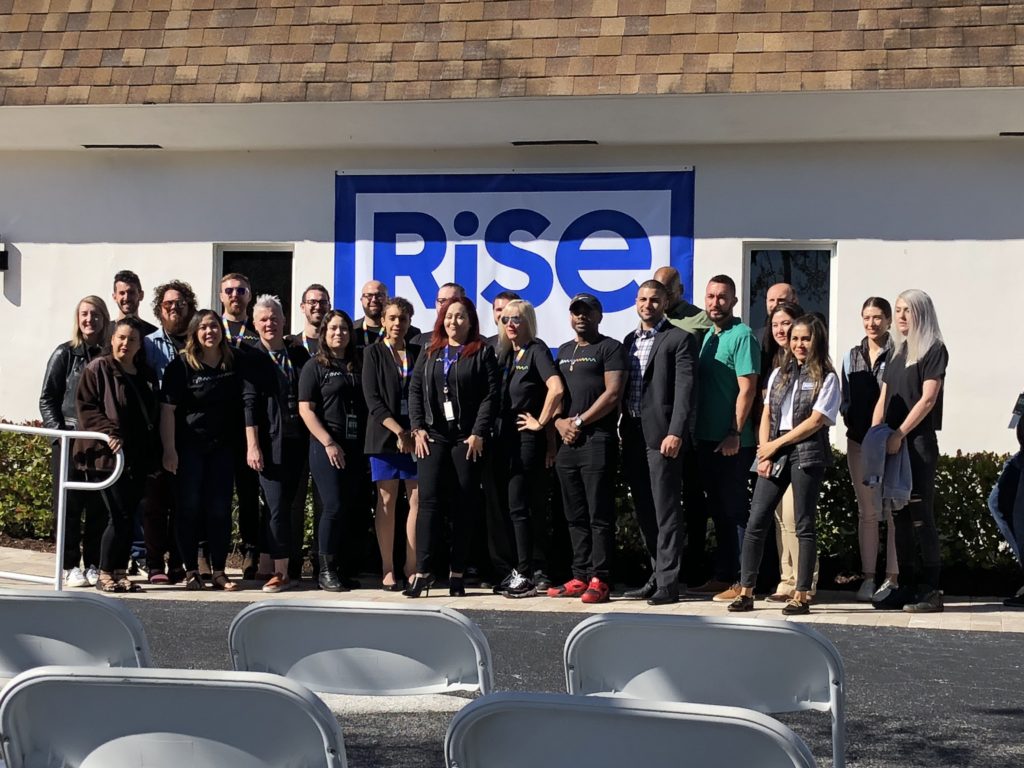 Chicago, IL and Deerfield Beach, Fla. — Green Thumb Industries Inc. (GTI) (CSE: GTII) (OTCQX: GTBIF), a national cannabis consumer packaged goods company and owner-operator of the high growth national cannabis retail chain RISE™, will welcome the community to an open house at RISE Deerfield Beach on January 29 to tour the store, meet the RISE™ team and find out more about Florida’s medical marijuana program. This will be before cannabis products are stocked at the dispensary to allow the entire community, not just patient cardholders, to explore the site. RISE Deerfield Beach will be GTI’s 15th store in the nation and its first in the state of Florida. The open house will be from 11 a.m. to 1 p.m. with the ribbon cutting ceremony at 11 a.m.

“At GTI, our mission is to offer safe and effective products to help improve wellness and quality of life,” said GTI Founder and Chief Executive Officer Ben Kovler. “Our RISE™ stores provide exceptional customer care and we’re honored to begin serving the people of Deerfield Beach and look forward to being active members of the community.”

RISE Deerfield Beach will be the first of up to 30 RISE™ retail stores that GTI plans to open in Florida. The company also owns and operates a cannabis wholesale cultivation facility in Homestead which produces and distributes GTI’s branded cannabis products.

“Medical cannabis has personally transformed my life and helps to alleviate the chronic pain I experience from my time playing professional football,” said Monroe, who was an offensive tackle for the Jacksonville Jaguars from 2009 to 2013. “I’m thrilled that GTI is expanding to Florida to bring additional relief to patients and that we continue to educate the public about the benefits of cannabis and its role in curbing our country’s opioid epidemic.”

According to the Centers for Disease Control, almost 218,000 people died in the United States between 1990 and 2017 from overdoses related to prescription opioids. Overdose deaths involving prescription opioids nationwide were five times higher in 2017 than in 1999. In 2016, there were 2,798 opioid-related overdose deaths­­­ in Florida—a rate of 14.4 deaths per 100,000 persons — which is above the national rate according to the National Institute of Drug Abuse. The Centers for Disease Control also found that the rate of fatalities from all drug overdoses in the state increased nearly 6 percent from 2016 to 2017.

Research shows that when marijuana is available legally, the rate of opioid use and associated fatalities decrease, leading advocates to encourage marijuana policy reforms as part of an overall comprehensive plan to battle the opioid crisis.

Green Thumb Industries (GTI), a national cannabis cultivator, processor and dispensary operator, is dedicated to providing dignified access to safe and effective cannabis nationwide while giving back to the communities in which it serves. As a vertically integrated company, GTI manufactures and sells a well-rounded suite of branded cannabis products including flower, concentrates, edibles, and topicals. The company also owns and operates a rapidly growing national chain of retail cannabis stores called RISE™. Headquartered in Chicago, Illinois, GTI has 10 manufacturing facilities and licenses for 70 retail locations across nine highly regulated U.S. markets. Established in 2014, GTI employs about 500 people and serves thousands of patients and customers each year. GTI was named a Best Workplace 2018 by Crain’s Chicago Business. More information is available at GTIgrows.com.