Florida’s new “Hemp Bill” (SB 1020, pending signature by the Governor) purports to create a state hemp program in order to fall in line... 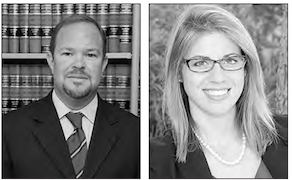 Florida’s new “Hemp Bill” (SB 1020, pending signature by the Governor) purports to create a state hemp program in order to fall in line with the Federal Government’s legalization of “Industrial Hemp” for commercialization pursuant to the Agriculture Improvement Act of 2018 (otherwise known as the “Farm Act of 2018”).The Hemp Bill goes into effect on July 1, 2019, and requires that anyone intending to cultivate Hemp apply for licensure, which at a minimum requires a background check and confirmation that the applicant has not been convicted of a felony relating to a controlled substance under state or federal law, in which case a Hemp cultivation license cannot be issued for up to ten years following the date of conviction. The bill provides that the Department is to adopt and implement rules by August 1, 2019.

Most notably, the Hemp Bill resolves state level controversy of the legality of hemp byproducts including extracted Cannabidiol (“CBD”) by amending Florida’s definition of Cannabis to exclude hemp as defined in Fla. Stat. Sec. 581.217 or industrial hemp as defined in Fla. Stat. Sec. 1004.4473.” The foregoing definitions are stated as material which contains a “total delta-9 tetrahydrocannabinol concentration that does not exceed 0.3 percent on a dry-weight basis” which has been the threshold established by the Federal Government under the 2014 and 2018 Farm Acts.

The Hemp Bill does not require registration or oversight for someone who processes or retails the cultivated Hemp (unlike some other current hemp regulated states). As CBD expands as the rage in health and wellness circles, questions will remain as to adulterants and methods of production related to what people may put in or on their bodies. Is this something the Department of Health will try to address?

In regard to sourcing initial material, the Hemp Bill sets forth that a licensee may only use hemp seeds and cultivars certified by a certifying agency under Fl. Stat. Sec. 578.011 or one of the Florida Pilot Program Universities. A certifying agency under Fl. Stat. Sec. 578.011 is “An agency authorized under the laws of a state, territory, or possession of the United States to officially certify seed and which has standards and procedures approved by the United States Secretary of Agriculture to assure the genetic purity and identity of the seed certified”. For years, the Hemp space has been plagued by unfulfilled promises resulting in failed business dealings. One prime example is in the Hemp seed market which often uses brokers and middlemen. Florida’s first time farmers will face these issues as they seek to get off the ground and should tread cautiously.

It is important to recall that Florida flirted with Hemp already under its previously enacted Pilot Program (a bizarre legislatively enacted framework). One thing is clear, and that is the Legislature’s intent to harmonize the state Hemp Pilot Program with the Hemp Bill by further amending parts of section 1004.4473, and striking out portions of the Hemp Pilot Program which required that commercialization be conducted only after the hemp pilot project had been in place for two (2) years.

With regard to the distribution and sale of Hemp, the Hemp Bill sets forth: 1.) that the seller or distributor ensure that the extract being sold has been tested by an independent laboratory that does not derive a direct or indirect benefit from the product being sold, and that the laboratory has provided a certificate of analysis (“COA”) stating that a.) the hemp extract is the product of a batch that has been tested and that b.) the same batch contains a total delta-tetrahydrocannabinol concentration (the “THC” component) that does not exceed 0.3 percent on a dry-weight basis based on a random sampling of the batch; c.) that the batch does not contain contaminants unsafe for human consumption; and d.) that the packaging of the product being distributed or sold meets certain minimum labeling requirements.

The next few months should be interesting as the Department of Agriculture takes the limited framework given to them and enacts rules. Will the department be swayed by political and lobbying influence much like many argue the legislature and Department of Health have been in the medical cannabis arena? Will the Department tap into the available knowledge base when it comes to Hemp and its consumable byproducts or chart their own course as Florida seems to do time after time? We shall see …

David Kotler, Esq. is a partner in Cohen Kotler and is Of Counsel to Hoban Law Group. He has worked in the Cannabis and Hemp arena in Florida and several other states and countries for over 5 years. Michelle K. Suarez, Esq. is the owner and founder of Florida Entrepreneur Law, P.A., a law firm that works with Startups and Entrepreneurs in emerging industries and has been following and involved in the CBD space shortly following the passage of Amendment 2 in Florida.