By Lois Thomson Jackie Rothman said she has “always believed in cannabis, I was raised to believe in cannabis as a medication.” For that... 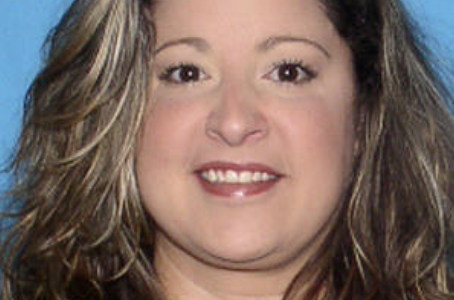 Jackie Rothman said she has “always believed in cannabis, I was raised to believe in cannabis as a medication.” For that reason, her new position as Chief Operating Officer of DocMJ seems to be the perfect fit.

Rothman had been the director of operations at DocMJ since she joined the company about three years ago. In that capacity she said she was mainly involved with the day-to-day operations, and the physicians and medical staff themselves. As COO, she will be more caught up with contracts and vendors, and “everything under the sun, so I’m excited about that.”

Part of that effort will include further input into an electronic medical records system that is being made available to outside physicians who may be interested in getting into medical cannabis. “We believe it’s something that’s good for everybody, so we want to make it easy for the single physician as well as a group of physicians.” Rothman said the system was created to work seamlessly with Florida’s regulations, and while it’s only been up and running for about six months, some physicians have been working with it and it’s been working well. “So we’re very pleased and we’re going to push forward to making it more available to even more physicians.”

Rothman had been living in New Jersey and working for the Division of Developmental Disabilities when DocMJ was founded. Prior to that, she had been in nursing school, and her background included working for primary care physicians, and for medical research as a lead in different studies. “I also helped run a medical spa for many years, which was fun, but I was definitely ready for change.”

When she heard about this opportunity, she knew what that change would be. Her father, who is one of the physicians at DocMJ, told her about the position. “He was all excited while I was out of state, and he said, ‘You gotta get back here, we finally got medical cannabis, you’re needed, get on back!’ So I moved to Florida and jumped into DocMJ as soon as I returned, and I have been here ever since.”

The pandemic affected DocMJ, as it did just about everything else, but in the company’s case, Rothman could point out some positives as a result. One real effect she noted was patients being able to have a virtual visit and not having to go into a clinic. She said she really appreciated the state legislatures allowing that, because it permitted so many patients to be seen, even if they were quarantined in their home. “I think it gave them time to look into alternative medicine, and that is what we are – cannabis is an alternative medicine. So that was good. Our industry is new and ever-changing in Florida, and that gave people the chance to actually educate themselves or ask the questions on what cannabis can do for them.”

Rothman has faith in DocMJ because she believes the company has a real understanding for what’s good for the patients. “It protects everyone involved, it protects the patient, it protects the physicians, and it’s always working toward a more cohesive system with the state. That to me is something I could get behind; a company that supports not only its physicians but also its patients was something that really caught my heart when I came to DocMJ.”

She speaks as someone who knows, because Rothman herself is a patient. “I suffer from a few medical issues, and cannabis has gotten me off three medications for those issues. It has been amazing. To experience, not just as director of the company but also as a patient, the care and actual information and education we can offer to our patients, is something that makes me really proud.”

Her belief in the product and the commitment of the company are the biggest reasons why she came to DocMJ. “This was the kind of a job I feel was created for me. I feel comfortable, it’s something I support – a job that I love going to every day, and I don’t think a whole lot of people in the world can say that.”