By Fernando Fandino Sende, MD Cannabis is still illegal at a Federal level and is considered a Schedule I drug which implies it lacks... 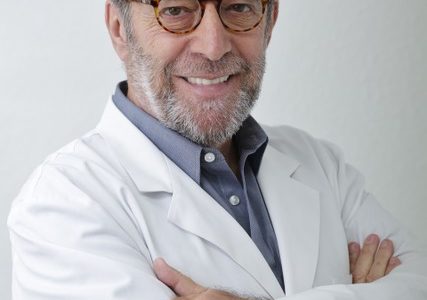 Cannabis is still illegal at a Federal level and is considered a Schedule I drug which implies it lacks any beneficial medical effects and is addictive. We know that is not true. Many anecdotal reports and animal experiments have shown the efficacy of cannabis in the treatment of cancer.

In the cannabis community the term RSO: Rick Simpson Oil is common. Mr. Simpson is a Canadian citizen who cured his skin cancer by applying an Indica naphtha extracted THC which is now present in the majority of dispensaries. His recommendation includes the consumption of 60 gm over 90 days. The starting dose is small and gradually increased over 90 days to tolerate the psychoactive THC.

THC is converted by first-pass metabolism to 11 HO THC by the liver. This route is avoided when THC is absorbed through the rectal mucosa and that is why the suppository form is tolerated even at a high dose by patients.

We know that THC causes apoptosis (death of cancer cell without damaging the healthy cell) as well as decreasing the size and number of metastasis, in part due to its anti-angiogenesis properties (impaired formation of new blood vessels that are the highway to dissemination).

Research conducted at M.D. Anderson described loss of CB1 receptor and its effect on colon cancer. The team found that CB1 was absent in 18 0f 19 human tumor specimens and in 9 of 10 colorectal cancer cell lines. The gene that encodes the CB1 protein was not damaged but shut down chemically by the attachment of methyl groups. The conclusion was quite remarkable: increasing levels of cannabinoids to treat colorectal cancer will not work if the CB1 receptor is not present.

The effective treatment will therefore be first treatment with a demethylating agent such as decitabine to reactivate CB1 and following up with cannabinoids.

Phase I clinical trial with decitabine are in progress but in the meantime there are several natural remedies to consider:

Green Tea is particularly useful since it creates Anti-Angiogenesis.

Finally, Mom was right, we are what we eat. There are different dietary guidelines for people with cancer, such as the Alkaline diet, Gerson therapy and Budwig diet. However, I do not endorse anyone in particular.