Trulieve Announces Results of its ‘Roll It Up for Justice’ Campaign

Trulieve Cannabis Corp. (CSE: TRUL) (OTCQX: TCNNF) (“Trulieve” or “the Company”), a leading and top-performing cannabis company in the United States, and the largest cannabis company in Florida, today announced a donation of $40,000 to the Last Prisoner Project from its “Roll it Up for Justice” campaign. The campaign is part of Trulieve’s ongoing efforts to support initiatives aimed at bringing restorative justice to the lives of those unfairly impacted by past cannabis convictions.

The $40,000 donation to the Last Prisoner Project was raised through sales of Trulieve’s limited-edition Freedom Pre-Roll during the first two weeks of October and followed Trulieve’s recent expungement clinics held in Florida and Massachusetts in September. As part of its commitment to provide resources and opportunities to those impacted by a system of drug enforcement that disproportionately affected low-income groups and communities of color, Trulieve sponsored 125 applicants across its Florida communities to help have their records expunged or sealed. In Massachusetts, Trulieve sponsored an online clinic in connection with the CultivatED Program, supporting an additional 25 expungement candidates.

“The work being done by the Last Prisoner Project is critical to creating a more equitable and fair society,” explained Kim Rivers, CEO of Trulieve. “While we are proud to do our part to help improve and restore the lives of those unfairly impacted by marijuana convictions via expungement and clemency efforts, there is still so much more to be done. We look forward to continuing our commitment to our communities and the people most impacted by minor and victimless cannabis-related offenses and encourage others in our industry to do the same.”

Trulieve believes it is critical to give back to the communities it operates in and understands the importance of promoting cannabis reform. By working with the Last Prisoner Project, Minorities 4 Medical Marijuana, and other organizations, Trulieve supports individuals with criminal records who often experience collateral consequences that impact their lives for years after sentences have been served.

“We thank Trulieve for this generous donation as well as their continued support of the Last Prisoner Project and its work to address the fundamental injustice inflicted upon those who have suffered criminal cannabis convictions,” said Mary Bailey, managing director of the Last Prisoner Project. “As the United States continues to move away from the criminalization of cannabis, it is critical that operators, governments and other organizations come together to provide opportunities for those impacted by cannabis prohibition.”

About Trulieve
Trulieve is a vertically integrated “seed-to-sale” company and is the first and largest fully licensed medical cannabis company in the State of Florida. Trulieve cultivates and produces all of its products in-house and distributes those products to Trulieve-branded stores (dispensaries) throughout the State of Florida, as well as directly to patients via home delivery. Trulieve also operates in California, Massachusetts and Connecticut. Trulieve is listed on the Canadian Securities Exchange under the symbol TRUL and trades on the OTCQX Best Market under the symbol TCNNF. 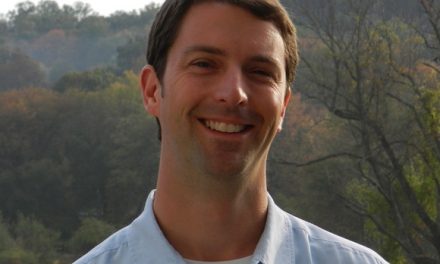