Trulieve Cannabis Corp. (CSE: TRUL) (OTC: TCNNF) (“Trulieve” or “the Company”), today announced the launch of a marketed public offering of Trulieve’s subordinated voting shares in the United States and Canada (the “Offering”). The Company is offering to sell 4,400,440 subordinate voting shares in an underwritten public offering. In addition, Trulieve intends to grant the underwriters a 30-day option to purchase up to an additional 660,066 subordinate voting shares at the public offering price, less the underwriting discounts and commissions.  The Offering will be conducted through a syndicate of underwriters led by Canaccord Genuity LLC, as sole book-running manager. The Offering is subject to market conditions and there can be no assurance as to whether or when the Offering may be completed or as to the actual size or terms of the Offering.

Net proceeds from the Offering are expected to be used primarily to fund Trulieve’s business ‎development and for general working capital purposes‎. Closing of the Offering is subject to certain ‎conditions including, but not limited to, the receipt of all necessary regulatory and stock exchange ‎approvals, including the approval of the Canadian Securities Exchange (the “CSE”) and the applicable securities ‎regulatory authorities‎.

Trulieve is primarily a vertically integrated “seed-to-sale” company in the US, and is the first and largest fully licensed medical cannabis company in the State of Florida. Trulieve cultivates and produces all of its products in-house and distributes those products to Trulieve-branded stores (dispensaries) throughout the State of Florida, as well as directly to patients via home delivery. Trulieve also operates in California, Massachusetts, Connecticut and Pennsylvania. Trulieve’s subordinate voting shares are listed on the CSE under the symbol “TRUL” and trade on the OTCQX market under the symbol “TCNNF”. 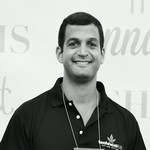