US Senate Majority Leader Chuck Schumer announced at a press conference on Friday that he intends to formally introduce the Cannabis Administration and Opportunity Act (CAOA) in April. The forthcoming legislation, which was released in draft form last July, repeals federal marijuana prohibition by removing cannabis from the US Controlled Substances Act.

Speaking at the event, Sen. Schumer said: “In the coming weeks, we’re ramping up our outreach and we expect to introduce final legislation. Our goal is to do it in April. Then we begin the nationwide push, spearheaded by New York, to get the federal law done. As the majority leader, I can set priorities. This is a priority for me.”

NORML’s Political Director Morgan Fox responded: “We are enthusiastic that the Senator is moving forward on his promise to prioritize cannabis policy reform in the 117th Congress. It is our hope that the official introduction of CAOA jumpstarts hearings and debates in the Upper Chamber — debates that are long overdue.”

In past months, Senate leadership has received criticism for both the slow rollout of the CAOA and for failing to support efforts to enact more incremental federal legislation, such as The SAFE Banking Act, which has been passed multiple times by the US House of Representatives.

NORML was among numerous groups that submitted comments in response to CAOA draft. Specifically, NORML called for:

The entirety of NORML’s comments are available online here.

As initially drafted, the Cannabis Administration and Opportunity Act directs the US Attorney General to remove marijuana from the federal Controlled Substances Act — thereby allowing states to either maintain or establish their own cannabis regulatory policies free from undue federal interference. Under this scheme, state governments – if they choose to do so – can continue to impose criminal penalties for marijuana possession offenses. However, states would not be permitted to prohibit the interstate commerce of legal cannabis products transported through their borders.

The proposal also mandates for the expungement of the records of anyone convicted of a federal, non-violent marijuana offense. The expungements must take place within one year of the law’s enactment.

The Act also forbids federal officials from taking discriminatory actions against those who legally use cannabis. It prohibits “individuals from being denied any federal public benefit … on the basis of [the] use or possession of cannabis.” It also, for the first time, permits physicians associated with the US Department of Veterans Affairs to make recommendations to their patients to access medical cannabis.

The proposal transfers primary agency jurisdiction over cannabis regulation from the US Drug Enforcement Administration to the Food and Drug Administration and to the Alcohol and Tobacco Tax and Trade Bureau in manner similar to the ways in which these agencies already oversee alcohol and tobacco products. A federal excise tax of 10 percent would be imposed within the first year of the law’s enactment. Medical cannabis access programs, which are operational in the majority of US states, would not be disrupted under this federal plan.

The proposed Senate plan is competing against two other House bills, The MORE Act and The States Reform Act, both of which also seek to deschedule cannabis at the federal level. The MORE Act previously was advanced by the US House of Representative in the 116th Congress and is expected to be taken up again by House lawmakers in the coming weeks. 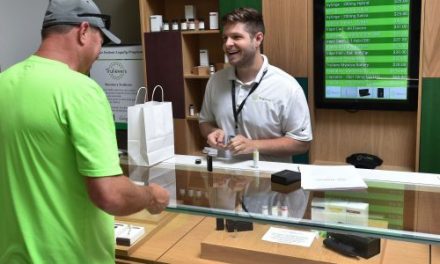