August 5, 2022  – Planet 13 Holdings Inc. (CSE:PLTH) (OTCQX:PLNHF) (“Planet 13” or the “Company“),a leading vertically-integrated multi-state cannabis company, announces that Planet 13 has entered into an Option Purchase Agreement that gives Planet 13 the option to purchase 51% of Planet 13 Illinois, LLC (“Planet 13 Illinois“) from Frank Cowan for $866,250 in cash and 1,063,377 common shares of Planet 13 (the “Planet 13 Shares“) valued at $2 million based on a 5-day VWAP. Should Planet 13 exercise the option, the Planet 13 Shares would be subject to a four-month and one day hold period under Canadian securities laws and a minimum of six months following the date of issuance for resales under Rule 144 promulgated under the U.S. Securities Act of 1933 (assuming all other requirements of Rule 144 are satisfied at such time), and following such six month period would be subject to a lock-up whereby 1/12 of the Planet 13 Shares would be released each month thereafter in accordance with a lock up agreement.

The option is exercisable at Planet 13’s discretion for a period of two years, subject to approval from applicable regulators. However, in accordance with regulatory guidance, the option shall not be exercised prior to Planet 13 Illinois obtaining an Adult Use Dispensing Organization License from the State of Illinois. Planet 13 Illinois is currently 51% owned by Frank Cowan and 49% owned by Planet 13.

“We are pleased to enter into this agreement with our partner to give us the option to assume full control of the Illinois dispensary upon receipt of regulatory approvals. Frank Cowan has been a pleasure to work with, and we look forward to continuing that partnership,” said Bob Groesbeck, Co-CEO of Planet 13. “As a limited-license state, Illinois remains a premier cannabis marketplace, and this opportunity creates value for all Planet 13 stakeholders. This is another example of us acquiring a dispensary at a very reasonable price. Our prudent approach to M&A is one of the reasons we have no debt and such a robust balance sheet.”

About Planet 13
Planet 13 (www.planet13holdings.com) is a vertically integrated cannabis company, with award-winning cultivation, production and dispensary operations in Las Vegas and in Orange County, California. Planet 13 also holds a medical marijuana treatment center license in Florida and a 49% interest in Planet 13 Illinois which won a lottery for a Social-Equity Justice Involved dispensing license in the Chicago-region of Illinois. Planet 13’s mission is to build a recognizable global brand known for world-class dispensary operations and a creator of innovative cannabis products. Planet 13’s shares trade on the Canadian Securities Exchange (CSE) under the symbol PLTH and OTCQX under the symbol PLNHF. 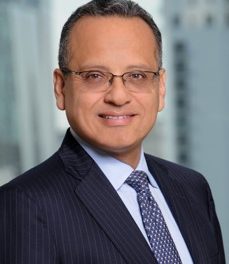