January 26, 2022  – Planet 13 Holdings Inc. (CSE:PLTH)(OTCQX:PLNHF) (“Planet 13” or the “Company“), a leading vertically-integrated Nevada cannabis company, announced that it has filed an amendment to its Form 10 Registration Statement with the United States Securities and Exchange Commission (“SEC”) to register its common shares the “Common Shares”) under Section 12(g) of the U.S. Securities Exchange Act of 1934 (the “Exchange Act”) and, unless withdrawn, anticipates the Form 10 to become automatically effective on February 11, 2022.

“This is an important step in preparing to potentially up-list on a major U.S. exchange pending federal legalization,” said Bob Groesbeck, Co-CEO of Planet 13. “As part of registering our Common Shares with the SEC, we will also be shifting to U.S. GAAP accounting which will make our financial statements more directly aligned with large U.S. retailers and CPG companies.”

Once the Form 10 becomes effective, Planet 13 will be subject to the reporting requirements of the Exchange Act, which includes reporting its financial results in accordance with U.S. GAAP, filing annual, quarterly, and current reports, as well as proxy statements with the SEC. Planet 13 expects to report its year end December 31, 2021 financial results in accordance with U.S. GAAP and an annual report on Form 10-K with the SEC.

The Form 10 amendment and exhibits have also been filed on Canada’s System for Electronic Document Analysis and Retrieval (“SEDAR”) under the Company’s SEDAR profile at www.sedar.com. The Form 10 and any amendments are available on the SEC’s website at www.sec.gov and on the Company’s website.

Planet 13 (www.planet13holdings.com) is a vertically integrated cannabis company, with award-winning cultivation, production and dispensary operations in Las Vegas and dispensary operations in Orange County, California. Planet 13 also holds a medical marijuana treatment center license in Florida and a 49% interest in Planet 13 Illinois which won a lottery for a Social-Equity Justice Involved dispensing license in the Chicago-region of Illinois. Planet 13’s mission is to build a recognizable global brand known for world-class dispensary operations and a creator of innovative cannabis products. Planet 13’s shares trade on the Canadian Securities Exchange (CSE) under the symbol PLTH and OTCQX under the symbol PLNHF. 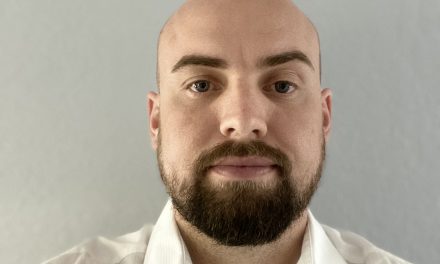 DocMJ Turns to Telemedicine During the Coronavirus Pandemic