NORML is pleased to announce the release of a New Report

NORML is pleased to announce the release of a new report – “Marijuana Policies in Legal States: A Comprehensive Review of Adult-use Marijuana Rules and Regulations” – which details the rules and regulations governing existing adult-use legalization laws and provides lawmakers with a blueprint for adopting similar ‘best practices’ in their states moving forward.

Many of those who hold the keys to reform at all levels of government are still woefully unfamiliar with the specific legalization policies that states have implemented over the last decade or with the lessons they have learned. With a growing number of additional states considering legalization and with momentum building in Congress to repeal federal prohibition, more elected officials will be looking to learn from the experiences of legal states. It is vital that they understand the specifics regarding how these policies have been successfully adopted in states throughout the nation so that they have a roadmap for enacting similar policies in their own jurisdictions.

We encourage you to share this report with your local, state, and federal lawmakers and to use the data in this report in your own advocacy efforts.

You can also do your part to jumpstart these conversations on Capitol Hill by contacting your Representatives and asking them to support the Marijuana Opportunity, Reinvestment, and Expungement (MORE) Act. This historic legislation, which was already approved once in the House and is scheduled for another House vote this week, removes marijuana from the Controlled Substances Act and helps to repair many of the harms caused by our nation’s disastrous prohibition policies.

Make sure your voice is heard and make sure that your lawmakers have the facts. Download the free NORML Report – Marijuana Policies in Legal States: A Comprehensive Review of Adult-use Marijuana Rules and Regulations. 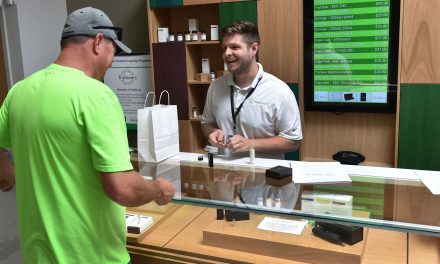