Newport Beach, CALIFORNIA, January 18, 2023  — Galexxy Holdings Inc., (“Galexxy” or “Company”) (OTC: GXXY) is pleased to advise the appointment of BF Borgers PCAOB to undertake an audit which was initiated on January 3, 2023 and is expected to be finalized in February.

Galexxy’s CEO, Iain Saul stated that; “Galexxy’s Audit completion will enable the Company to achieve an OTC QX listing and file a Form 10 with the SEC. These are important steps towards our longer-range plan of up-listing onto the NASDAQ”.

Mr Saul further stated that; “Galexxy’s marketing plan is achieving expected results which were reported in its most recent Press Releases, and that significant gains in production and international distribution are soon to be announced”.

Galexxy is headquartered in Newport Beach and its 100% owned subsidiary, Wellbeing Farms has manufacturing facilities in Murietta, California. Galexxy’s shares are publicly traded on the OTC Markets (OTC: GXXY). 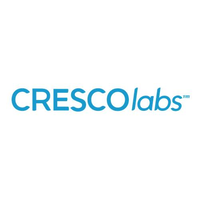 Cresco Labs Enters Florida – Will Have Access to 65% of the Total Addressable U.S. Cannabis Market