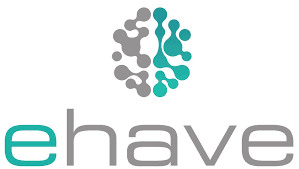 Ehave study “An open label study of electrographic responses pre, during and post, a low dose, weekly intravenous ketamine infusion for 4 weeks, in a study population with major depression disorder” approved by FDA

MIAMI, December 15, 2022 — Ehave, Inc., (OTC Pink: EHVVF) (the “Company”), a Healthcare Analytics provider with interests in the psychedelic and mental health sectors, announced today that it received confirmation from the U.S. Food and Drug Administration (“FDA”) that its review of Ehave’s Investigational New Drug (“IND”) application is complete. The FDA authorized Ehave to proceed with its clinical study, “An open label study of electrographic responses pre, during and post, a low dose, weekly intravenous ketamine infusion for 4 weeks, in a study population with major depression disorder (MDD),” submitted under section 505(i) of the Federal Food, Drug, and Cosmetic Act (FDCA) for Ketamine HCl. The objective of this study is to characterize the change in EEG response of patients with MDD, during and 4 weeks after a course of IV ketamine infusions.

The clinical study includes 35 participants with Major Depression Disorder. It will include subjects with an inadequate response to at least two FDA-approved antidepressant therapies, including the current course of antidepressant therapy, at a sufficient dose and duration for the current episode. An electroencephalography machine measures the brain’s activity at baseline and after four weekly low-dose IV ketamine study treatments. The purpose of the study is to learn about the neurological responses seen on EEGs of participants receiving low-dose IV ketamine therapy. Dr. Jeffrey Kamlet and Tristar Wellness will complete the study. Dr. Kamlet has served as the principal investigator on more than 20 major pharmaceutical trials.

More than 264 million people across the globe suffer from depression. As a pervasive and often chronic health condition, depression is a global health burden and a significant source of disability. While depression might be considered a non-fatal health burden, severe depressive symptoms can lead to suicide, which is the second most common cause of death in people aged 15-29 years. Common treatments for depression include pharmacological interventions such as selective serotonin reuptake inhibitors (SSRIs), serotonin-norepinephrine reuptake inhibitors (SNRIs), monoamine oxidase inhibitors (MAOIs), and tricyclic antidepressants (TCAs) and psychotherapy; however, the efficacy of these interventions often fails in severe cases.

Ketamine is a dissociative anesthetic, used most frequently in veterinary medicine and pediatrics, that has been repurposed as an off-label analgesic and antidepressant. Extensive investigation of its rapid antidepressive effects have been a breakthrough offering a potential reprieve to those suffering from MDD. Ketamine has also been shown to reduce suicidal ideation in depressed patients at risk for suicide. Similarly, the administration of ketamine was effective at reducing depressive symptoms, acute suicidal behavior, and mood lability in the youth with treatment-resistant depression (TRD) and bipolar disease. Intranasal esketamine is the only form of ketamine that has been FDA-approved as a treatment for TRD. However, clinical research and real-world feasibility have established significant drawbacks to intranasal ketamine, including patient discomfort with administration, greater risk of diversion to the illicit market, and potentially serious adverse reactions. Intravenous use of racemic ketamine is the more established route of administration as it has long been used as an anesthetic at much higher doses. Ehave management believes intravenous administration of ketamine includes benefits which include greater dose control and reduced cost of drug acquisition. This belief is the fundamental premise that has led to many dedicated outpatient clinics offering intravenous ketamine therapy for MDD across the United States.

“The upcoming clinical study for intravenous ketamine infusion in patients with treatment refractory major depressive disorder represents a significant milestone for Ehave’s clinical programs,” commented Ben Kaplan, CEO of Ehave. “There are many common pharmacological treatments for major depression disorder; however, the efficacy of these drugs often fails in severe cases. Intravenously administered ketamine may offer the potential for the remission of the symptoms in patients with MDD; however, it has not yet been approved by FDA for this purpose. This study will use an electroencephalography machine to measure the brain’s activity and response while the intravenous ketamine is being delivered.”

Dr. Ali from the Medical Advisory board says, “Studying the effects of IV ketamine by observing changes in brain activity on EEG is an important step in furthering Ehave’s mission. This approach can help advance the identification of potential biomarkers, which could one day be used to identify the specific patients who will respond best to ketamine intervention upfront, allowing the recommendation to made sooner in the course of illness and decreasing the amount of trial and error with treatment options.”

Ehave is a leading healthcare services and technology company focused on progressing psychedelics-to-Therapeutics by engineering novel compounds and new treatment protocols for treating brain health. Together with our network of scientists and mental health professionals, we are on a mission to create safe and effective therapeutics for patients to address many mental health issues, leveraging clinical data to help us achieve optimal patient outcomes. Ehave’s operations span the entire USA, Canada, Jamaica, and Australia. Additional information on Ehave can be found on the Company’s website at: www.ehave.com. 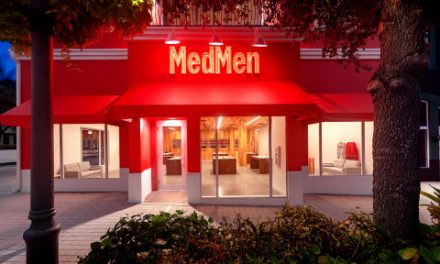