May 6, 2022  – iAnthus Capital Holdings, Inc. (“iAnthus” or the “Company“) (CSE: IAN) (OTCPK: ITHUF), which owns, operates and partners with regulated cannabis operations across the United States, announces the appointment of a replacement Interim Chief Executive Officer (“CEO“) and member of the Company’s Board of Directors (the “Board“), provides details of former Interim CEO, President and Director, Randy Maslow’s separation agreement and provides an update with respect to its previously announced recapitalization transaction (the “Recapitalization Transaction“).

Appointment of Robert R. Galvin as Interim CEO and Director

The Board has appointed Robert Galvin as Interim CEO and Director of the Company, effective immediately.  Mr. Galvin currently serves as the Company’s Interim Chief Operating Officer and has held a number of executive positions with the Company and previously served as a member of the Board following the completion of the Company’s transaction in February 2019 with MPX Bioceutical Corporation, where Mr. Galvin also served as a board member. Mr. Galvin has significant relevant experience having held operational, financial, and administrative executive leadership roles at both public and private companies prior to joining iAnthus.

“On behalf of the Company, we would like to welcome Bob Galvin to his expanded role and look forward to working closely with Bob as Interim CEO and Director of the Company,” said independent directors Michael Muldowney and Diane Ellis.

On May 4, 2022, the Company announced that its co-founder, Randy Maslow, will resign from his executive positions with the Company, including all positions with the Company’s subsidiaries and affiliates and from the Board and all committees of the Board, effective as of today, May 6, 2022 (the “Resignation Date“). In connection with Mr. Maslow’s resignation, Mr. Maslow and the Company executed a separation agreement (the “Separation Agreement“) pursuant to which Mr. Maslow will receive certain compensation and benefits valued to substantially equal the value of entitlements he would have received under Section 4(g) of his Employment Agreement1. Mr. Maslow will receive a lump sum cash payment on the Resignation Date and cash installments over the next eight-month period, which may be accelerated upon the occurrence of certain events.  Further, Mr. Maslow agreed to relinquish all entitlements to his restricted stock units under the contingent long-term incentive plan that was announced on January 7, 2022. All terms of Mr. Maslow’s separation were considered and approved by the Board and the Board determined that such terms comply with applicable laws, including laws applicable to related party transactions.2 As previously disclosed, Mr. Maslow will continue to serve the Company in a consulting role for a period of six months following the Resignation Date.

Update to the Recapitalization Transaction – Maryland and Florida Approved

On November 4, 2021, the Company announced that the Florida Department of Health, Office of Medical Marijuana Use (the “OMMU“), by notice dated October 29, 2021, approved the variance request (the “Variance Request“) filed by the Company’s subsidiary, McCrory’s Sunny Hill Nursery, LLC (“McCrory’s“), to approve the prospective change of beneficial ownership of McCrory’s contemplated by the Recapitalization Transaction.  Subsequently, on December 9, 2021, iAnthus announced that, on November 19, 2021, Michael Weisser, Benjamin Pollara and Florida for Care, Inc., a not-for-profit corporation representing members including qualified Florida medical marijuana patients, filed a Petition for Formal Administrative Hearing (as amended, the “Petition“) with the OMMU, challenging the OMMU’s approval of the Variance Request and requesting a formal administrative hearing before an administrative law judge (“ALJ“) at the Florida Division of Administrative Hearings.  The OMMU informed the Company that, as a result of the filing of the Petition challenging the agency’s decision within the permissible challenge period, the OMMU’s prior approval is not an enforceable final agency order until there is a final resolution of the Petition and a final agency order is rendered.  On May 4, 2022, the OMMU issued a final agency order, accepting the recommendation of the ALJ and dismissing the Petition.

The Company continues to seek the remaining regulatory approvals in Massachusetts, New Jersey, and New York. 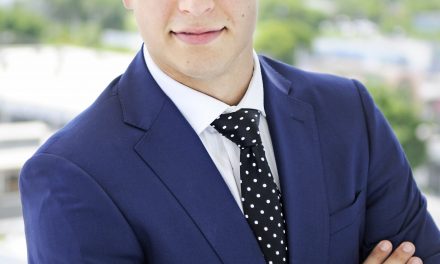