Jan. 20, 2022 (GLOBE NEWSWIRE) — Dyadic International, Inc. (“Dyadic”, “we”, “us”, “our”, or the “Company”) (NASDAQ: DYAI), a global biotechnology company focused on further improving, applying and deploying its proprietary C1-cell protein production platform to accelerate development, lower production costs, while enhancing commercial scales to improve access to biologic products in animal and human health, today announced its industrially proven C1-cells have been engineered to demonstrate the potential to manufacture therapeutically viable and commercially useful cannabis compounds including cannabidiol (CBD) and its precursors using synthetic biology. C1-cells have the potential to be an easy way to produce pure synthetic cannabinoids for commercial use cheaper and more effectively as compared to conventional extraction methods utilizing hemp and the marijuana plant, Cannabis sativa.

“For the consumer, the potential benefits are high-quality, low-cost CBD, other forms of cannabinoids and THC. You can get exactly what you want from the C1-cells,” said Dr. Ronen Tchelet, Dyadic’s Chief Scientific Officer. Dr. Tchelet continued, “Filamentous fungal cell factories are expected to be more environmentally friendly and less energy intensive than growing the plant and separating out the psychoactive and non-psychoactive ingredients. They may also yield cannabinoid derivatives with unexpected medical uses. Interest in CBD and other forms of cannabinoids has widened as earlier studies have demonstrated the bioactive effects of CBD in animals and humans through numerous CBD receptor pathways. In particular, in the immune system which has demonstrated mediating therapeutic effects related to inflammation in animal models. Cannabinoids and preparations of Cannabis material have recently found application as therapeutics for chronic pain, multiple sclerosis, cancer-associated nausea and vomiting, weight loss, appetite loss, spasticity, and other conditions. It has recently been reported that two cannabinoid acids, CBGA and CBDA, commonly found in hemp varieties of cannabis can bind to the spike protein of coronavirus which may help to prevent infection of human cells. The study also reported that cannabigerolic acid and cannabidiolic acid were equally effective against the SARS-CoV-2 alpha variant B.1.1.7 and the beta variant B.1.351. The study from which these findings were derived was conducted in collaboration with scientists at the Oregon Health & Science University and recently published by the ‘Journal of Natural Products.’”

While synthetic cannabinoid compounds have been approved by the FDA, the chemical synthesis is relatively costly, and can involve the use of chemicals that are not environmentally friendly, and, most importantly, various chemically synthesized cannabinoids have been classified as less pharmacologically active as those extracted from plants such as the sativa strain of cannabis.

“We are excited to introduce a novel synthetic production method of producing CBD and precursor molecules from filamentous fungi. As with other commercially proven applications which have been improved using Dyadic’s C1 production platform, there are potential distinct advantages over naturally extracting CBD and other cannabinoids from plants. We believe the Company’s C1 production platform can be used to produce a purer, regulatory compliant end product that is not only economical, but more environmentally friendly as compared to conventional plant derived cannabinoid production processes. We also believe that by using synthetic biology to further engineer and optimize the production of C1-cells to produce CBD, other cannabinoids and THC will generate great interest in light of the burgeoning potential uses for CBD and other cannabinoids in animal and human health, including medical and recreational marijuana and cannabinoid products, such as CBD,” said Mr. Emalfarb, Dyadic’s Chief Executive Officer.

“Our decision to engineer C1-cells for the production of CBD and other cannabinoids is part of the Company’s synthetic biology programs, and as part of Dyadic’s 2022 strategic operating plan, we are focused across three core business verticals: (i) human health with a focus on infectious disease, including COVID-19, (ii) noninfectious diseases in human and animal health, and (iii) other biological products including enzymes and metabolites,” said Joe Hazelton, Dyadic’s Chief Business Officer. “Additionally, as we look at the year ahead, Dyadic intends to further advance and develop our pipeline of assets, both internally and through joint ventures, licensing, partnerships, and other collaborations,” concluded Mr. Hazelton.

Dyadic International, Inc. is a global biotechnology company that is developing what it believes will be a potentially significant biopharmaceutical gene expression platform based on the fungus Thermothelomyces heterothallica (formerly Myceliophthora thermophila), named C1. The C1 microorganism, which enables the development and large-scale manufacture of low-cost proteins, has the potential to be further developed into a safe and efficient expression system that may help speed up the development, lower production costs and improve the performance of biologic vaccines and drugs at flexible commercial scales. Dyadic is using the C1 technology and other technologies to conduct research, development and commercial activities for the development and manufacturing of human and animal vaccines and drugs, such as virus like particles (VLPs) and antigens, monoclonal antibodies, Fab antibody fragments, Fc-Fusion proteins, biosimilars and/or biobetters, and other therapeutic proteins. Certain other research activities are ongoing, which include the exploration of using C1 to develop and produce certain metabolites and other biologic products. Dyadic pursues research and development collaborations, licensing arrangements and other commercial opportunities with its partners and collaborators to leverage the value and benefits of these technologies in development and manufacture of biopharmaceuticals. As the aging population grows in developed and undeveloped countries, Dyadic believes the C1 technology may help bring biologic vaccines, drugs, and other biologic products to market faster, in greater volumes, at lower cost, and with new properties to drug developers and manufacturers, and improve access and cost to patients and the healthcare system, but most importantly save lives.

Please visit Dyadic’s website at http://www.dyadic.com for additional information, including details regarding Dyadic’s plans for its biopharmaceutical business. 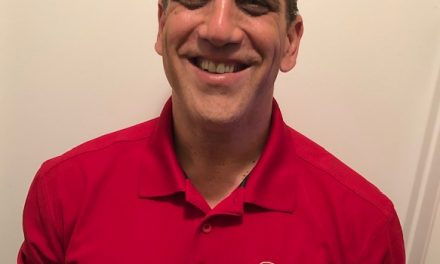 Green Thumb Industries to Open Rise Erie Peach in Pennsylvania, Its 52nd Retail Location in the Country, on February 3