Delta 9 Announces Changes to Board of Directors 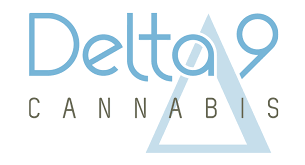 WINNIPEG, Manitoba, December 19, 2022  — DELTA 9 CANNABIS INC. (TSX: DN) (OTCQX: DLTNF) (“Delta 9” or the “Company”) is pleased to announce that Mr. Stuart Starkey has joined the Company’s board of directors effective December 19, 2022. Mr. Starkey’s appointment follows the previously announced resignation of Joanne Duhoux-Defehr as a director of the Company.

Over the past 15 years, Mr. Starkey has been an entrepreneur, para-athlete, and non-profit founder. As President of Two Small Men Canada, Mr. Starkey grew a national moving chain to achieve corporate and franchise revenues of $35 Million per year with over 400 employees. As Co-founder of Mighty Moving Mr. Starkey grew a cross-docking and logistics business to service dozens of large chain retailers, with offices across Alberta. He has since successfully exited both Two Small Men Canada and Mighty Moving. During his tenure as a successful entrepreneur, Mr. Starkey realized the importance of businesses giving back to his community. In 2018, Mr. Starkey founded the Community of Big Hearts, a social enterprise with the purpose of getting businesses and people more involved within their communities, by making volunteering simple and engaging.

The appointment of Mr. Starkey as a director of the Company remains subject to the approval of the Toronto Stock Exchange.

Delta 9 Cannabis Inc. is a vertically integrated cannabis company focused on bringing the highest quality cannabis products to market. The Company sells cannabis products through its wholesale and retail sales channels and sells its cannabis grow pods to other businesses. Delta 9’s wholly-owned subsidiary, Delta 9 Bio-Tech Inc., is a licensed producer of medical and recreational cannabis and operates an 80,000 square foot production facility in Winnipeg, Manitoba, Canada. Delta 9 owns and operates a chain of retail stores under the Delta 9 Cannabis Store brand. Delta 9’s shares trade on the Toronto Stock Exchange under the symbol “DN” and on the OTCQX under the symbol “DLTNF”. For more information, please visit www.delta9.ca.