With completion of the acquisition of Grassroots, Curaleaf is the world’s largest cannabis company by revenue and the most diversified vertically integrated cannabis company in the United States, the world’s largest cannabis market. The transaction expands Curaleaf’s presence from 18 to 23 states, with the combined company having affiliated operations spanning over 135 dispensary licenses, 88 operational dispensary locations, over 30 processing facilities and 22 cultivation sites with 1.6 million square feet of current cultivation capacity. Curaleaf’s expanded geographic dispensary presence now offers access to medical or adult use Cannabis to more than 192 million people, or roughly two-thirds of the United States population.

Completion of the transaction strategically accelerates Curaleaf’s expansion into Illinois and Pennsylvania, which are among the largest and fastest-growing cannabis markets in the United States. Upon close, Curaleaf will hold a leading licensed cannabis presence in state markets including Arizona, Connecticut, Florida, Illinois, Pennsylvania, Maryland, Massachusetts, Maine, Nevada, New Jersey, New York, North Dakota, and Vermont.

The cultivation and processing assets in Illinois have been transferred and the formal approval to transfer certain retail assets is expected imminently. Maryland operations previously affiliated with Grassroots may be transferred to Curaleaf after expiration of the statutory hold period, subject to regulatory approval and compliance with restrictions on ownership or control of multiple cultivation, processor and dispensary licenses in the State.

Upon closing of the transaction, Curaleaf has appointed Mitchell Kahn, co-founder and CEO of Grassroots, to the company’s Board of Directors effective immediately. The appointment of Kahn expands the Curaleaf Board of Directors from five to six members.

Kahn co-founded Grassroots Cannabis in 2014 and brings more than 20 years of senior executive experience. He currently serves as Principal and CEO of Frontline Real Estate Partners, for which he is also a Founder, and previously served as President and CEO of Hilco Real Estate. Mr. Kahn is a CPA, as well as an attorney who has formerly practiced real estate law. He is a graduate of the University of Wisconsin, School of Business and Northwestern University, School of Law. 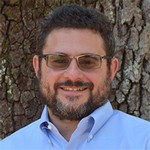