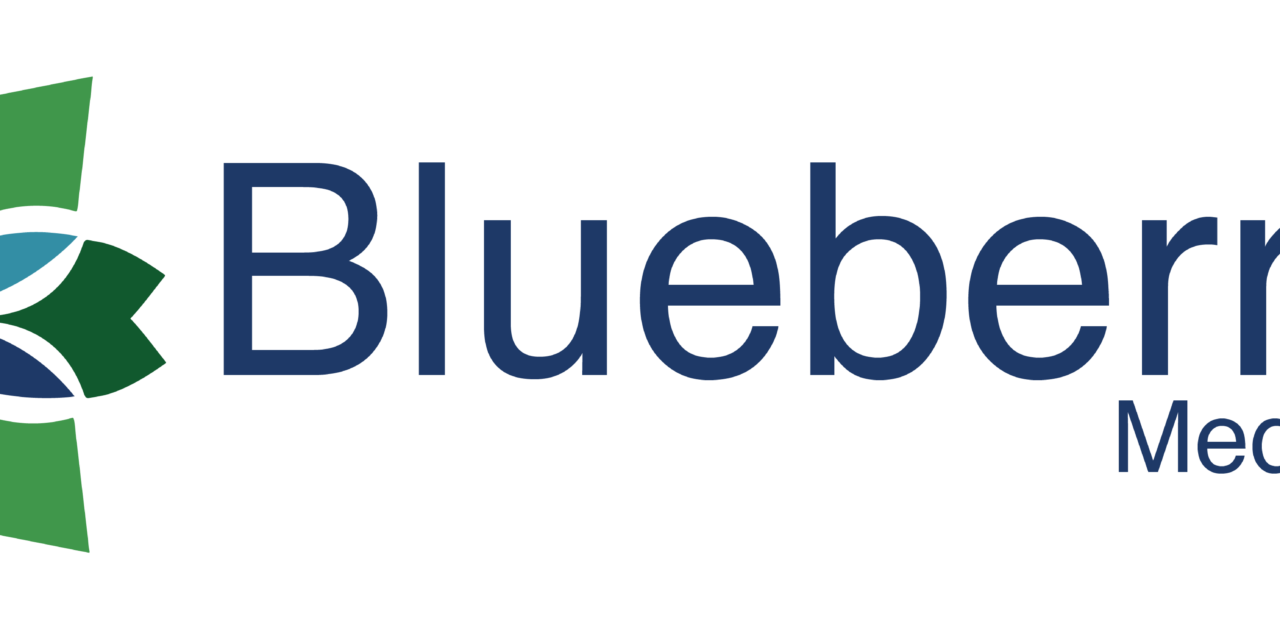 November 28, 2022  — Blueberries Medical Corp. (CSE: BBM) (OTC: BBRRF) (FRA: 1OA) (the “Company” or “Blueberries”), a Latin American licensed producer of medicinal cannabis and cannabis-derived products, announces the completion of a non-brokered private placement consisting of the sale of 54,498,889 common shares (“Common Shares”) at a price of CAD$0.027 per Common Share for aggregate gross proceeds of CAD$1,471,470 (or US$1,100,000) (the “Offering”). The net proceeds from the sale of the Common Shares will be used to: (i) add manufacturing capacities to extend the production of new cannabinoids isolates and high concentrated THC distillates; (ii) upgrade of the physical infrastructure of the extraction laboratory to comply with Q7A Good Manufacturing Practice guidelines for Active Pharmaceutical ingredients; (iii) extend the business development and commercial network to cover Europe, USA and Australia; and (iv) other general corporate and working capital purposes.

The Offering was led by Terraflos Inc. (“Terraflos”), a cannabis & natural products producer company with operations throughout Latin America that was founded, and is controlled, by Facundo Garreton, the Chairman, interim-CEO and a director of Blueberries. Terraflos one year ago announced the closing of its US$8 million seed round funding to continue developing and expanding its businesses in Latin America; in Uruguay through YVY Life Sciences, a company controlled by Terraflos, and in Colombia, through Blueberries Medical Corp. Terraflos is currently considering various opportunities in Argentina, Mexico and Brazil, and aims to expand its operations into those markets in the short term. In addition, Terraflos has also launch DrGea.com, a platform dedicated to the sale of cannabis and natural products and the training of doctors specialized in the use of medicinal cannabis, dissemination and education of cannabis and its ecosystem in Colombia and expected to be scaled up throughout Latin America in 2022 and beyond. Terraflos also acquired a property in Garzón, Uruguay, where it expects to develop the first cannabis hub in the region focused on research and development as well as the promotion of the industry, tourism and training.

Facundo Garreton commented, “We are a company that integrates the productive value chain of plants, we go from seeds to people, linking regenerative agriculture, organic extraction, manufacturing, sale and distribution of natural products, generating social impact and impacting health and the welfare of the human being.”

Mr. Garreton, through Terraflos, acquired the Common Shares for investment purposes, and he may, depending on market and other conditions, increase or decrease his beneficial ownership, control or direction over additional securities of the securities or otherwise. Other than as noted above and a right to a board seat for so long as Mr. Garreton holds at least 8% of the outstanding Common Shares on an as converted basis, Mr. Garreton does not have any plans related to any of the matters in the enumerated list in Item 5.1 of Form 62-103F1.

Mr. Garreton will prepare and file a report containing the information required by Form 62-103F1 – Required Disclosure under the Early Warning Requirements in connection with the matters referred to in this press release. Once filed, a copy of the early warning report will be available under the Company’s issuer profile on SEDAR at www.sedar.com.

Participation by Terraflos in the Offering was considered a “related party transaction” pursuant to Multilateral Instrument 61-101 – Protection of Minority Security Holders in Special Transactions (“MI 61-101”). The Company was exempt from the requirements to obtain a formal valuation or minority shareholder approval in connection with Terraflos’ participation in the Offering in reliance of sections 5.5(b) and 5.7(1)(b) of MI 61-101. A material change report will be filed in connection with the participation of Terraflos in the Offering less than 21 days in advance of the closing of the Offering, which the Company deemed reasonable in the circumstances so as to be able to avail itself of potential financing opportunities and complete the Offering in an expeditious manner.

Over the past 18 months, Blueberries has positioned itself as one of the most efficient but also most active cannabis operators in the region, operating with efficiency and reducing infrastructure and G&A expenses at optimal levels of operation, and satisfactorily developing and introducing new products and services in several markets in South America. The company management team kept strong focus on reducing cash expenses and fixed costs, optimizing working capital expenditures, and increasing the Company’s revenue generating capabilities and alternatives.

On the agricultural front, Blueberries continue to develop new alternatives to obtain more efficient biomass and flowers both for CBD and THC, via securing access through partnerships with third-party large-scale cultivators in different regions of Colombia. These agreements are already allowing Blueberries to obtain premium GACP certified biomass and flowers at a fraction of the company historical cost in Guatavita farm and let us prioritize CAPEX allocation and other operational resources in extraction, purification and transformation processes, the updated company core. In the same direction of generating efficiencies and cost savings, the Company satisfactorily completed in October the negotiation of new industrial warehouse located less than 20 km away from the largest international airport in Colombia, and that will generate 80% of savings in the lease in comparison with the average lease expense in 2021-2022. Our strategy with this new location is to build up the company’s new laboratory and extraction GMP pharma facility with an area of more than 4.000 sq ft. This new production facility is currently under final design stage while the civil works will be terminated in April 2023.

With regards to the product portfolio and business development, the company developed a numerous of CBD and THC resins, distillates, and Isolates, as well as functional ingredients; the most relevant a novel CBD water soluble powder that allows translucid effect and reduced off note to water-based products and applications. Final formulations in the form of oral tinctures are also available in multiple combinations of cannabinoids, terpenes, and other natural ingredients. The income generated from the sale of these products have progressed towards the penetration of new countries and markets in Latin-America, and very soon reaching more developed markets like Australia.

“Cannabis industry today is shaped by rapidly changing factors and a longer-term horizon for revenue and profits, so the three fundamentals we traced back in 2021 are still valid. We characterize ourselves in Blueberries with efficiency in everything we do, a naturally driven sales disposition, and a predominant tendency to create different and better solutions and conditions. Having secured the access to premium cannabis GACP certified biomass and flowers and having accomplished a stable revenue position in Latin America, we are now ready to take the company to the next level and extend our internal production capabilities and the go to market strategy into developed markets,” said Jose María Forero, President of the Company.

All financial information in this press release is reported in Canadian dollars, unless otherwise indicated. During the first 9 months of 2022, the Company has generated $178,397 of revenue, most of it was related to the extraction services.

The Company has pivoted its core business from cultivation to the extraction services and identified a unique niche in export market of isolated products to the Latin America countries. To date, the Company has been successful in exporting isolated products to Argentina. “Accordingly, in aligning with the Company’s strategy, the Company has begun to expand its commercial revenues, adding more final products and services to others cannabis companies in Colombia and Latin America (Latam),” said Guillermo Rodriguez, Chief Financial Officer of Blueberries Medical Corp.

The Company’s current strategic focus is centered in the optimization of the cash position, giving special attention to the continued reduction and control of expenses and to the generation of income through multiple commercial avenues and various product lines and B2B services. The management rigorously ensures that all activities are guided under the three fundamentals pillars of Operate with Excellence, Connect with Demand, and Differentiate.

Results for the first three quarters of 2022 fall within the expectation of the management based on the strategic decision taken for the last quarter of 2021.

Blueberries’ commercial operations have successfully moved from introductory sales of cuttings of its cultivars to associate growers to effective sales of cannabis derivatives and extracts to customer both in Colombia and Peru. The Company launched a tolling service processing flower and biomass from small and mid-size licensed producers that is also positively impacting revenue results this year.

STATEMENTS OF LOSS AND COMPREHENSIVE LOSS

Audit and accounting fees – Audit and accounting fees include cost of audit, accounting and taxation services provided by the Company’s external auditor and other third parties. The increase of $163,690 and $46,805 in the three months ended and nine months ended September 30, 2022, respectively, was related to increased anticipated audit fees from prior year, the timing of accrual of the audit fees as well as costs related to accounting fess provided by a third party which began in the third quarter of 2021.

Salary, wages, and benefits – Salary, wages, and benefits include payroll, training, benefits, and severance costs of employees in Colombia. For the three months and nine months ended September 30, 2022, the Company incurred an increase of $5,629 and $111,363, respectively, compared to the comparative period. The Company has increased its head count in Colombia as it focuses its efforts in expanding commercial and revenue-generating activities.

Share-based compensation expense (recovery) – For the three months and nine months ended September 30, 2022, total share-based compensation expenses incurred were $31,514 (an increase of $130,041 from comparative period) and $103,174 (an increase of $493,126 from comparative period), respectively, a total of 3,099,998 unvested options forfeited in the first quarter of 2021, which resulted in a reversal of stock-based compensation of $744,590 for the nine months ended September 30, 2021. On July 1, 2022, the Company granted 1,500,000 options to certain director and officers of the Company to purchase Blueberries’ common shares. The options are exercisable at price of $0.05 per option for a 5-year term and vesting one-third each on every one-year anniversary from the grant date. The fair value of each option was $0.0279, estimated using the Black-Scholes option pricing model.

About Blueberries Medical Corp.
Blueberries is a Latin American licensed producer of naturally grown premium quality cannabis with its primary operations ideally located in the Bogotá Savannah of central Colombia. The Company is led by a specialized team with proprietary expertise in agriculture, genetics, extraction, medicine, pharmacology and marketing, Blueberries is fully licensed for the cultivation, production, domestic distribution, and international export of CBD and THC-based medical cannabis in Colombia.
Blueberries’ combination of leading scientific expertise, agricultural advantages and distribution arrangements has positioned the Company to become a leading international supplier of naturally grown, processed, and standardized medicinal-grade cannabis oil extracts and related products. 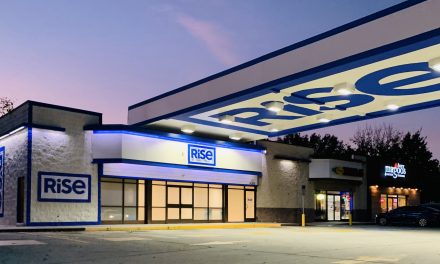