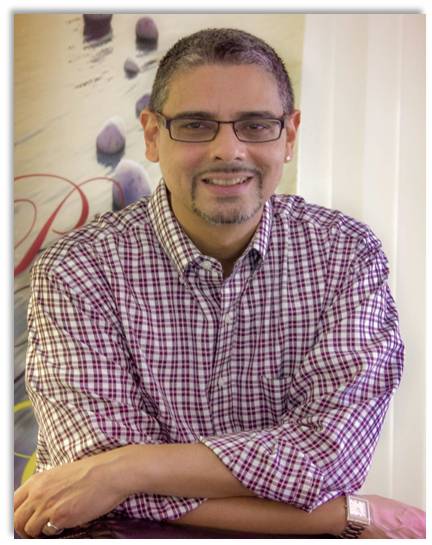 Autism spectrum disorder (ASD) is a developmental disability that can cause significant social, communication and behavioral challenges. The learning, thinking, and problem-solving abilities of people with ASD can range from gifted to severely challenged. A diagnosis of ASD now includes several conditions that used to be diagnosed separately: autistic disorder, pervasive developmental disorder not otherwise specified (PDD-NOS), and Asperger syndrome. These conditions are now all called autism spectrum disorder.

Epidemiologically speaking, according to the Center for Disease Control, the United States is number one in the incidence of autism i.e., 168 in 10,000 American children have the disorder, which equates to 1 in 59 children!

Since there is no medical test to diagnose the disorders, the provider must listen to the parent/caretaker and look at the child’s behavior and development to make a diagnosis. The American Academy of Pediatrics (AAP) recommends that all children be screened for ASD at ages 18 and 24 months, along with regular developmental surveillance. Unfortunately, many children do not receive a final diagnosis until much older.

Causes and risk factors for autism include, but are not limited to the following:
• Genes (GRIN2B) are one of the risk factors that can make a person more likely to develop ASD.
• Children who have a sibling with ASD are at a higher risk of also having ASD.
• ASD tends to occur more often in people who have certain genetic or chromosomal conditions, such as fragile X syndrome or tuberous sclerosis.
• When taken during pregnancy, the prescription drugs valproic acid and thalidomide have been linked with a higher risk of ASD.
• Children born to older parents are at greater risk for having ASD.

A newer thought for the cause of autism includes the concept of too many synapses; an interesting feature of brain development is that the number of synapses actually decreases as children grow older. Toddlers and preschoolers have more synapses than teenagers, and those “extra” synapses are supposed to get “pruned” away as the years go. In autism, the number of synapses is normally high early in life, but fails to decrease in the usual way. As a result, teenagers with autism end up with more synapses than is typical. Patients with autism may carry a mutation that prevents one of their ubiquitin genes (RNF8) from working properly. To understand the role of ubiquitin genes in brain development, scientists removed the ubiquitin gene (RNF8) in neurons in the cerebellum of young mice [the cerebellum is one of the key brain regions affected by autism], the researchers found that neurons that lacked the RNF8 protein.

“Unconventional” thoughts for the cause of autism include Dr. Martha Herbert, author of “The Autism Revolution—whole body strategies for making life all it can be”, which offers a revolutionary new view of autism: “Autism is not hardwired into a child’s genes and destined to remain fixed forever, instead, autism is a collection of challenges, i.e., less than optimal nutrition, toxic exposures, a weak or depressed immune system and stress.”

How does the Endocannabinoid System (ECS) relate to autism?
• Plasma anandamide concentrations are lower in children with autism spectrum disorder.
• The ECS is affected in conditions often present in subsets of patients diagnosed with ASD, such as seizures, anxiety, intellectual disabilities, and sleep pattern disturbances.
• Neuroinflammation had been shown in postmortem brain specimens from ASD patients. The growing number of medical benefits of the ECS, such as their ability to regulate processes like neuroinflammation, neurogenesis and memory, raise the question of their potential role as a preventive treatment of ASD.
• Early studies in autism animal models have demonstrated alterations in the brain’s EC system. Autism is also characterized by immune system dysregulation. This alteration includes differential monocyte and macrophage responses, and abnormal cytokine and T cell levels, as well as mRNA and protein for CB2 receptor and EC enzymes—further indicating the involvement of the EC system in autism-associated immunological disruptions. These new findings offer a novel perspective in autism research and indicate that the EC system could represent a novel target option for autism pharmacotherapy.

How can a child be “qualified” for medical cannabis in Florida, or other states where medical cannabis is legal, but not included in the qualifying conditions? In Florida, and many other “legal” states, doctors can qualify and recommend cannabis because autism is a debilitating condition. Florida’s law allows any condition diagnosed as “debilitating” by a certifying physician as long as it can be “linked” to one of the named qualifying conditions. Conditions that are “co-morbid” and can “be linked” with autism are:
• Epilepsy
• Neurological Conditions, i.e., MS or ALS
• Crohn’s disease
• Post-Traumatic Stress Disorder

VERANO CELEBRATES THE OPENING OF ZEN LEAF WYNNEWOOD, THE COMPANY’S 100TH AFFILIATED DISPENSARY IN THE NATION

Trulieve to Open its First Branded Dispensary in Arizona