JUNE 14, 2022 – The American Medical Association today adopted new policy at the Annual Meeting of its House of Delegates calling on states to expunge criminal records of people who were arrested or convicted of cannabis-related offenses that later were legalized or decriminalized.

The policy aims to introduce equity and fairness into the fast-changing effort to legalize cannabis. Adult use of cannabis is legal in at least 18 states; at least 37 states legalized cannabis for medical use. Yet, those arrested or convicted for cannabis use or possession before legalization efforts continue to carry the baggage associated with a criminal record.

“This affects young people aspiring to careers in medicine as well as many others who are denied housing, education, loans and job opportunities. It simply isn’t fair to ruin a life based on actions that result in convictions but are subsequently legalized or decriminalized,” said AMA Trustee Scott Ferguson, M.D.

Even if a record is expunged or sealed, that my not address all the punitive collateral consequences of the arrest or conviction such as qualification for public health benefits – a consequence at odds with the AMA’s support for affordable, equitable access to health care.

“Expungement is no panacea. It can be a lengthy and expensive process. Automatic expungement would relieve people of having to figure out and pay for the bureaucratic steps necessary for sealing a criminal record,” Dr. Ferguson said.

The policy also calls for ending parole, probation or other court-related supervision because of a cannabis-related offense that is later legalized or decriminalized

Data show disparate effects on historically marginalized and minoritized populations. People who are Black are 3.6 times more likely to be arrested than people who are White despite similar rates in usage. Expungement efforts aim to mitigate past harms of the legal system while also supporting economic and social opportunity for people with a record. More than 20 states have passed laws to expunge or seal records.

The AMA also will discuss expungement with the Association of American Medical Colleges, Accreditation Council for Graduate Medical Education, Federation of State Medical Boards and other relevant medical education and licensing authorities to determine the impact of disclosure of a cannabis-related offense on a medical school, residency or licensing application.

The AMA continues to oppose legalization of cannabis.  Legalization of cannabis for adult use is associated with increased traffic fatalities, exposures reported to poison control (including infants and children), emergency department visits, and cannabis-related hospitalizations. Furthermore, the increasing prevalence of cannabis use in pregnant people is most concerning. At the same time, the AMA supports mitigating the collateral consequences of cannabis-related offenses when such offenses are no longer illegal in a state.”

ABOUT THE AMERICAN MEDICAL ASSOCIATION

The American Medical Association is the physicians’ powerful ally in patient care. As the only medical association that convenes 190+ state and specialty medical societies and other critical stakeholders, the AMA represents physicians with a unified voice to all key players in health care.  The AMA leverages its strength by removing the obstacles that interfere with patient care, leading the charge to prevent chronic disease and confront public health crises and, driving the future of medicine to tackle the biggest challenges in health care. 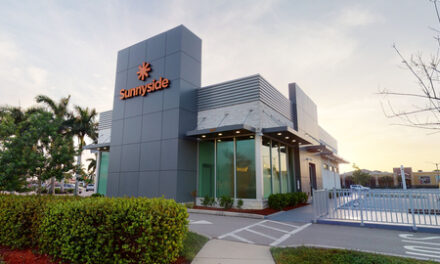