By Michael J. McKenzie, MD The discussion of cannabis and its use in cancer patients is a timely hot button issue.  First, we must... 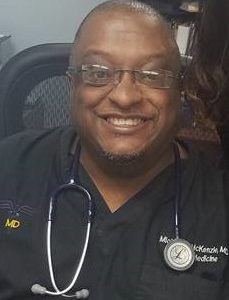 The discussion of cannabis and its use in cancer patients is a timely hot button issue.

First, we must specifically define what Cannabis is:

The Cannabis plant can represent any combination/ratio of Cannabinoids, Terpenes, and Flavonoids, administered via different delivery methods, the purpose of which is to exert a therapeutic effect.

– Cannabinoids are compounds like THC, CBD, CBG, CBN, et al. that interact with our Endocannabinoid System

– Terpenes are compounds like Myrcene, Limonene, et al. that interact with our Endocannabinoid System and give cannabis products their smell

– Flavonoids are compounds like Quercetin, Apigenin, et al. that interact with our Endocannabinoid System and give cannabis products their color

The cumulative action of the above 3 agents at the receptor sites of our Endocannabinoid System are what we refer to as the “entourage effect.”

In order for us to understand the Cannabis plant, we must first examine its two fundamental characteristics:

Heterogeneity – There is no single entity called Cannabis (refer to above definition), hence there are multiple strains, chemovars and cultivars which can be used to target different pathologies (Off-Label of course).

These fundamental characteristics are at the ROOT of the current conflict. How?? As physicians, our pharmacological “tool box” that we are trained on in Medical School/Residency/Fellowship is based on FDA-Approved molecular isolates in fixed doses at fixed frequencies. These isolated compounds have gone through double-blind controlled studies/clinical trials; the end-result is availability at your local pharmacy with prescription.

Keep in mind the following:

The Heterogeneity and Pleiotropy of Cannabis precludes us from approaching it in the same manner as FDA-Approved molecular isolates that make up our current pharmacopeia.

Isolates can be patented and sold as a fixed agent. For example, the drug Epidiolex is 99+% isolated plant-derived CBD. No Terpenes, Flavonoids, or other Cannabinoids. However, the absence of these other important compounds limit the overall long-term efficacy of FDA-Approved/Cannabis-Derived medicines such as Epidiolex, Marinol (Synthesized THC in a sesame oil capsule), or Syndros (Synthesized THC in liquid form).

The fact of the matter is this. A 5000+ year-old plant with its level of heterogeneity/Pleiotropy cannot be patented like you would a proprietary isolated compound. Therefore, we must adjust the way we look at/approach Cannabis and appreciate its properties in their proper context.

This brings us to our current catch-22 situation. Cannabis’ Schedule-1 status prevents the proper research from being done. However, in the current research “culture” of the U.S., unless a company can get a patented isolated compound at the end of the research rainbow, it is just not worth it for them to spend money on something that they may not be able to get their money back on. These companies make their money back when the compound being researched is Patented, FDA-Approved, and sold at retail pharmacies.

When it comes to its use in patients with various cancers, cannabis is used with 2 purposes:

1. Alleviate the chemo-associated nausea and vomiting and increase appetite in those patients with malignancy-associated anorexia.

2. Unlock the anti-tumor effects of Cannabinoids as a therapeutic adjunct to Chemotherapy (Off-Label of course)

The first time that the potential for anti-tumor effect was seen was in 1974 at the Medical College of Virginia. Lewis Lung Adenocarcinoma in mice was inhibited by the oral administration of THC(1). While researchers made that observation, they had no idea why it happened or what the mechanism was. It wasn’t until 16 years later in Israel where Dr. Raphael Mechoulam et al. discovered the components of our Endocannabinoid System.

Over time, researchers were able to figure out the mechanism by which cannabis acts on malignant cells. To put it concisely, when Cannabinoids attach to the cannabinoid receptors on the malignant cell (CB1, CB2), it triggers a cascade of intercellular reactions, the end result being what is called apoptosis, or programmed cell death (“cellular suicide”). The healthy non-malignant cells, on the other hand, do not undergo such a process, thereby sparing the healthy cell.

This is just the tip of the iceberg. There is so much more research that needs to be done in this area. While the concept is there, the main challenge before us is how to weaponize that in order to give patients the best results while at the same time minimizing harms. More to come.

Dr. Michael J. McKenzie is a Board Certified Family Physician, Diplomate of the American Academy of Cannabinoid Medicine, and Member of the Society of Cannabis Clinicians.